The US clashes with the Pacific Islands 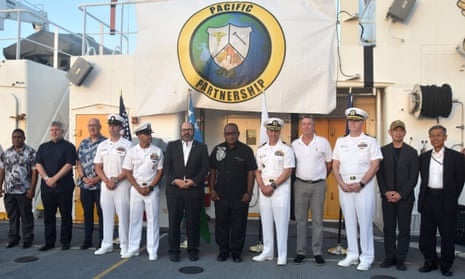 Happy moments… Military and civil representatives from Australia, the US, Japan and Solomon Islands attend a ceremony marking the Pacific Partnership on board USNS Mercy in Honiara.
Solomon Islands now has rejected a US ‘draft’ Agreement for the Pacific.
Photo AFP/Getty Images

US attempts to bolster ties with Pacific islands have suffered a major blow on the eve of its landmark summit, with Solomon Islands rejecting a draft US agreement, and Micronesian leaders raising serious concerns about “insufficient” financial assistance to the region, leaked documents obtained by “The Guardian” reveal.

Joe Biden is hosting a number of Pacific leaders in Washington for a US-Pacific Islands summit – the first time that Pacific leaders have been ever invited to the White House for such a meeting.

The summit is an attempt by the US to strengthen ties with Pacific countries and has been widely seen as a response to China’s growing engagement in the region.

A leaked note, written by the embassy of Solomon Islands in New York, announced the country, which signed a controversial security deal with China in April, would not be endorsing a regional diplomatic agreement being proposed by the US.

The 11-point Declaration of US-Pacific partnership, a draft of which has been seen by “The Guardian”, commits Pacific countries and the US to working together “in the face of a worsening climate crisis and an increasingly complex geopolitical environment”.

The draft differs markedly from the sweeping regional economic and security deal that China presented to 10 Pacific countries earlier this year, which was ultimately rejected by Pacific leaders. China’s deal was incredibly detailed, committing to particular sums of money, programs and even outlining the number Chinese art troupes that would be sent to the islands as part of a cultural exchange program.

It also would have seen a massive expansion of China’s involvement in security arrangements in the region, including expanding its training of police forces, constructing laboratories for fingerprint testing, forensic autopsy, drugs, electronic and digital forensics, and strengthening cooperation on cybersecurity.

The draft Declaration with the US is far more general, committing to principles of engagement – such as bolstering Pacific regionalism, tackling the climate crisis, advancing economic growth, protecting the Blue Pacific and maintaining peace and security – rather than outlining specific policies and promises.

“The Guardian” has also obtained a leaked letter sent by ambassadors for Palau, the Federated States of Marshall Islands and the Marshall Islands to Kurt Campbell, the US National Security Council coordinator for Indo-Pacific, and one of Biden’s most senior foreign policy advisers, raising concerns about what has been offered by the US. “The current proposed assistance is inconsistent with the contributions of our islands towards the security and stability of the region, which also supports US interests in the region,” said the letter. “The US proposed economic assistance seems predetermined and based on insufficient analysis… To put it simply: the US economic assistance is insufficient.”

The ambassadors made it clear that the US “has been, is, and will continue to be our first and foremost ally” but also that “the governments we represent cannot rely on a successful outcome from what has been presented” in negotiations.

…Conclusion. The United States cannot win the Pacific countries over to the American side with seductive phrases and empty promises. It’s over.

Let's remember how they greeted US Navy at the Solomon Islands 15 years ago in a native dance: 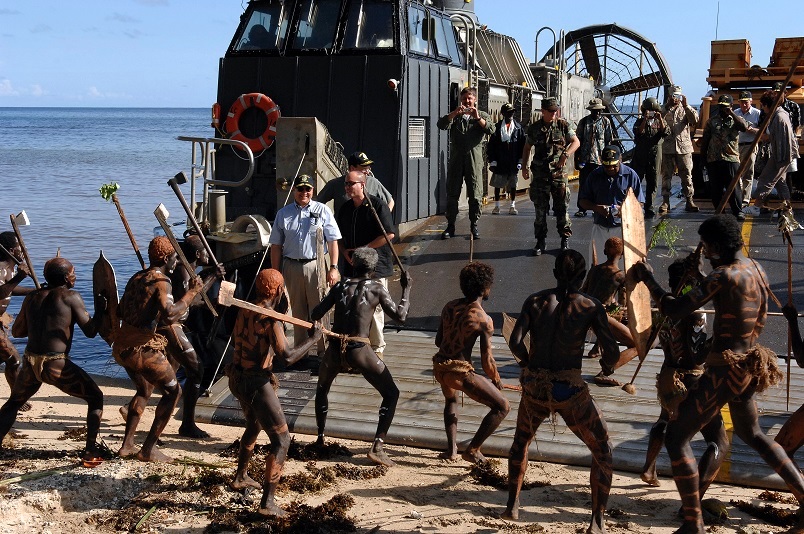