The US is putting pressure on China, but this will not bring success to Washington 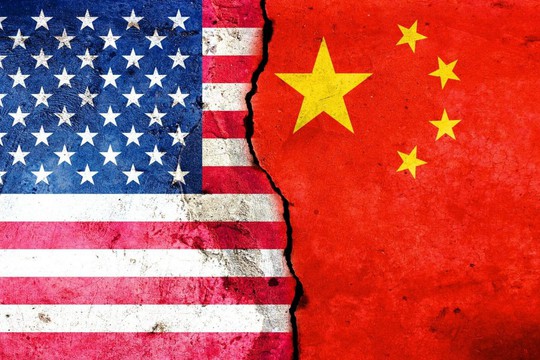 The situation around Ukraine is of great concern in Asian countries, where the United States is actively promoting its interests - just as actively and assertively as the Americans did in Ukraine. "The Ukrainian scenario threatens to be repeated in the Asia-Pacific region," - said Chinese Deputy Foreign Minister Le Yucheng. Washington's policy of encircling China with a network of military alliances is leading to this. The Chinese diplomat is sure that in order to avoid a clash, the United States must put an end to the course of creating new alliances  like NATO. Washington, for its part, ignores such warnings and is preparing military exercises with the Philippines and its other partners in the Pacific, aimed at "containing" China. At the same time, America is trying to get Beijing to join the anti-Russian coalition on Ukraine. According to the American magazine "Newsweek", the US wants to "contain" China as well as Russia. The United States is fueling China's territorial disputes with its neighbors - with India and other Asian states. In the Asia-Pacific region, there is a block of intelligence services of five Anglo-Saxon countries - "Five Eyes" consisting of the USA, Great Britain, Australia, Canada and New Zealand. In addition the United States created the "quartet" Quad (USA, Britain, Australia, India), the military group AUKUS (Australia, Britain, USA). All this testifies, as Beijing is convinced, that Washington's ultimate goal is to create a version of the NATO military bloc for the Asia-Pacific region aimed against China. According to Newsweek, experts believe that the Chinese leadership is ready to take risks to thwart the US plans. “If you put up with the intrigues of the United States, then this will have dire consequences. The Asia-Pacific region will be on the brink of an abyss,”- said Chinese Vice Foreign Minister Le Yucheng. However, America continues its aggressive line and regularly conducts joint military exercises with Japan, South Korea and Australia. The new direction of the Americans is to strengthen ties with the Philippines after a long period of cooling relations. The US and the Philippines are now planning the largest military maneuvers in three decades, involving 5,100 US and 3,800 Filipino soldiers. "The US alliance with the Philippines is a key source of strength and stability in the region," - said Gen. Jay Bargeron, commander of the US Marine Division. US President Joseph Biden said that China will face serious consequences if it provides military assistance to Russia or helps it circumvent US sanctions. The White House has already announced a series of economic sanctions against China, but the Americans have certain limits of action, because the US is heavily dependent on Chinese imports and has a huge trade deficit with China. The US is confident that Chinese businessmen and bankers will have to consider Washington's threats. If they continue to do business with blacklisted Russian firms, they themselves could become victims of US sanctions. However, at the state level, Beijing does not succumb to American pressure. Chinese Foreign Minister Wang Yi stressed that Russia remains China's most important strategic partner. Authorities in Chinese provinces that border Russia believe it is time to expand cooperation with Moscow. The US uses threats and pressure because its prestige on the world stage is no longer high, and in order to achieve its goals it is not enough for them to just tell other countries what they should do. They have moved on to threats and pressure, but this does not work as effectively as before. Pax Americana is over.