The US military is operating in more countries than we think 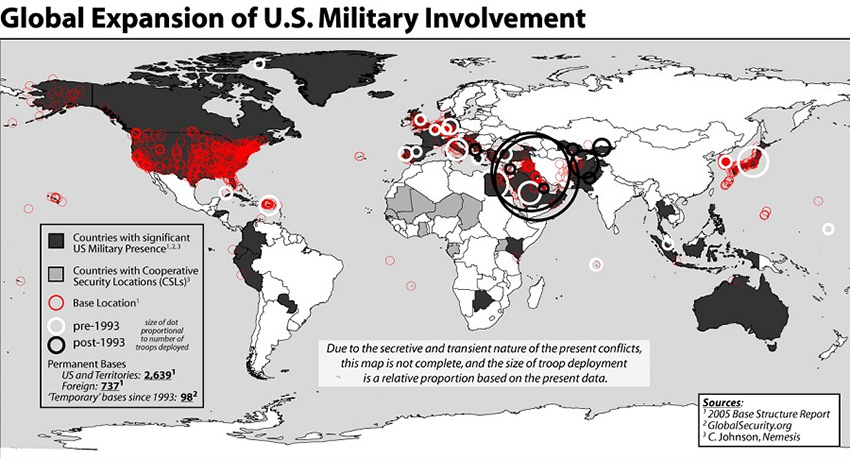 “Irregular warfare” is defined by Pentagon as “competition… short of traditional armed conflict” or “all-out war.” A new report finds that Pentagon uses ‘security cooperation’ programs for ‘secret wars,’ recommends that Congress rein them in.

U.S. military forces have been engaged in unauthorized hostilities in many more countries than the Pentagon has disclosed to Congress, let alone the public, according to a major new report released by New York University School of Law’s Brennan Center for Justice.

“Afghanistan, Iraq, maybe Libya. If you asked the average American where the United States has been at war in the past two decades, you would likely get this short list,” according to the report, Secret War: How the U.S. Uses Partnerships and Proxy Forces to Wage War Under the Radar.

“But this list is wrong – ‘off’ by at least 17 countries in which the United States has engaged in armed conflict through ground forces, proxy forces, or air strikes.”

“This proliferation of secret war is a relatively recent phenomenon, and it is undemocratic and dangerous,” the report’s author, Katherine Yon Ebright, wrote in the introduction. “The conduct of undisclosed hostilities in unreported countries contravenes our constitutional design. It invites military escalation that is unforeseeable to the public, to Congress, and even to the diplomats charged with managing U.S. foreign relations.”

According to the report, that “support” has been broadly — or, more accurately, too broadly — interpreted by the Pentagon. In practice, it has enabled the U.S. military to “develop and control proxy forces that fight on behalf of and sometimes alongside U.S. forces” and to use armed force to defend its local partners against adversaries (in what the Pentagon calls “collective self-defense”) regardless of whether those adversaries pose any threat to U.S. territory or persons.

“I’ve got guys in Kenya, Chad, Cameroon, Niger [and] Tunisia who are doing the same kind of things as the guys in Somalia, exposing themselves to the same kind of danger,” bragged Brigadier Gen. Donald Bolduc (ret.), who commanded U.S. special forces in Africa until 2017 and is currently running as a Republican for the U.S. Senate in New Hampshire. “We’ve had guys wounded in all the types of missions that we do.”

But it stressed that the list is almost certainly not exhaustive.

Fifty countries, from Mexico to Peru in the west to Indonesia and the Philippines (where U.S. forces are known to have taken part in combat operation) in the east, and covering 22 countries in North and sub-Saharan Africa alone (not to mention Ukraine) had programs in place as of mid-2018, according to the report.

“Broadly speaking, the purpose of the authority is to take the Pentagon’s approach of creating and controlling partner forces and wield it against countries like China, Russia, Iran, and North Korea,” - according to the report.