The US press on the future of NATO 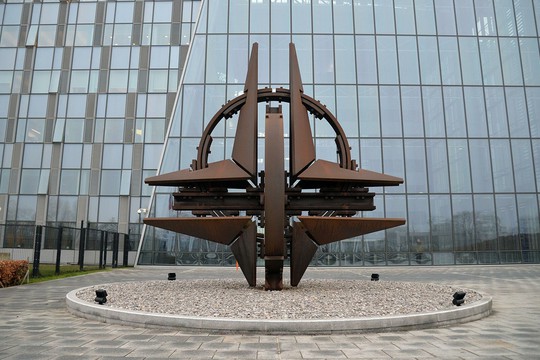 In the United States  several articles have currently  been published about NATO, saying the future of the "fading" alliance is gloomy. The Washington Post is concerned about these problems and writes that Western democracies, in response to Russia's special military operation in Ukraine, demonstrate fading economic power and this is the "swan song" of the old world order.

The liberal order that emerged in the second half of the 20th century was based on the continuous global economic dominance of Western Europe and the United States. The collapse of the Soviet Union in 1991 confirmed this dominance. But over the past 20 years, as a result of globalization, the Western power has significantly decreased and latest developments will put an end to its two-century global domination.

This dominance in recent decades has been guaranteed by NATO as an "effective deterrent tool." But, writes The American Spectator, the alliance, which was founded in 1949 with the aim of deterring the aggression of the Soviet Union, is currently experiencing so many problems that its potential as an effective tool gradually disintegrates. If Moscow, for example, would once invade the territory of the alliance it would not be able to confirm the main goal for its existence.

Nowadays many commentators considering the future of NATO call for the revival of the alliance in order to achieve a strategic victory over Russia but without open confrontation. For this, they suggest, Finland and Sweden should be accepted in it, as well as Serbia, Bosnia and Herzegovina, Kosovo and Georgia. Thus they propose further expansion of NATO.

Meanwhile most NATO members refuse to invest more in their own defense. President Trump was right when he sharply criticized NATO countries for their unwillingness to pay, but now Biden has come to the White House, and the European countries of the alliance again avoid discussing the issue of increasing their defense spending. When Russia launched a special operation in Ukraine, General Alfons Mais, the commander of the German army, said that his warehouses were empty and he had nothing to offer to strengthen the NATO defense system. The armed forces of most NATO members are in the same boat.

Russia threatens NATO countries, but as its special operation in Ukraine has shown Russia's threats are rather economic than military in nature. And these economic threats have proved quite effective because they have divided NATO. In fact, the alliance has split into countries that depend on Russia for energy supplies, and those countries that do not depend on it. However, because of their energy dependence on Russia,  NATO countries cannot afford to respond to its actions now.

If NATO wants to restore its credibility the alliance needs to do at least two things. First, the alliance must free its members from energy dependence on Russia. To do this you need to find other sources of supply. Secondly, Biden should force NATO members to invest the necessary amount of funds in their own defense as soon as possible. But he won't do it because he simply doesn't care about this issue the way e Trump worried about it. That’s why the future of NATO looks rather gloomy, - The American Spectator concludes its comment.