The USA gave wrong explanations on its military bioactivity in Ukraine 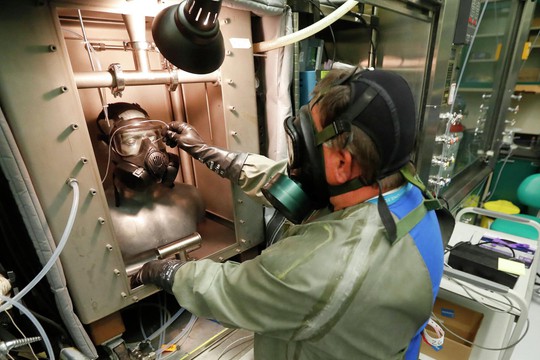 The U.S. Department of Defense issued a “Fact Sheet on WMD Threat Reduction Efforts with Ukraine, Russia and Other Former Soviet Union Countries” where gave explanations on the American bio activity in Ukraine. Naturally, it denied any wrong doing in this domain.

The Pentagon only admitted that: “The United States has also worked collaboratively to improve Ukraine’s biological safety, security, and disease surveillance for both human and animal health, providing support to 46 peaceful Ukrainian laboratories, health facilities, and disease diagnostic sites over the last two decades. The collaborative programs have focused on improving public health and agricultural safety measures at the nexus of nonproliferation”.

Such revelation as “the collaborative programs have focused on improving public health and agricultural safety measures at the nexus of nonproliferation” entail a big question mark.

So, it looks very strange that the Fact Sheet of the U.S. Department of Defense said: “On March 11 and 18, 2022, United Nations (UN) High Representative for Disarmament Affairs Izumi Nakamitsu similarly stated that the UN is not aware of any biological weapons programs in Ukraine.”

Is it so? Is it correct observation? No. Too many real U.S. - Ukrainian documents so far collected portray quite a different picture.

The Russian Ministry of Defense has a big and comprehensive dossier of them, and some documents of that kind have been presented to the world community during the number of briefings. The issue is also under strict scrutiny inside the Russian Ministry of Foreign Affairs. A special Parliamentary Commission has been set up to investigate the case.

So, two Russian Governmental bodies and a legislative branch (the Russian Senate and the State Duma) continue to study materials on the implementation of military biological programs of the United States and its NATO allies on the territory of Ukraine. The obtained results will be additionally made public.

Under the Convention on the Prohibition of Biological and Toxin Weapons (BTW), each State Party submits an annual report in the form of a declaration of compliance with the requirements of the convention. It is currently the only reporting document on the implementation of the Convention in the framework of the Confidence Building Measures.

Due to the investigation of U.S. military and biological activities on the territory of Ukraine, many relative documents have been analyzed and sent to the UN.

We are waiting for UN hearings.