The Washington Post: “China’s relationship with the United States is set to grow more combative” 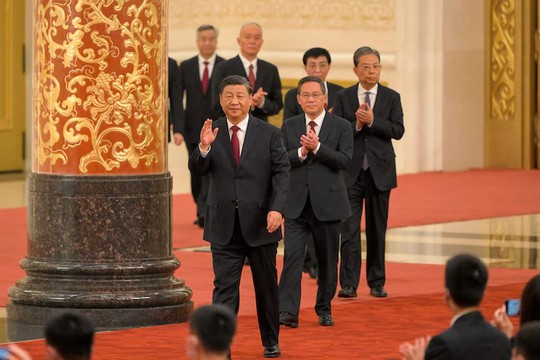 Xi probably will adopt a more hard-line approach toward Washington, -writes “The Washington Post” just after the closer session of XX Chinese Communist Party congress. America is very concerned about what policy Beijing will pursue, and fear that this policy will become anti-American.

Xi was anointed Sunday as China’s uncontested leader for five years, if not many more, as he concentrates power to a degree not seen since the days of Mao Zedong and Deng Xiaoping, and positions his country defiantly against the West.

At a party plenum on Sunday that followed the close of the twice-a-decade Communist Party congress, Xi secured a third term as general secretary and head of the Central Military Commission, the party’s two most important positions. The men at his side, all allies, make up the newly chosen members of the seven-member standing committee, the party’s apex of power. Xi is at the top.

The Chinese people, led by the party, have put in “sweat and toil” to “open a Chinese path to modernization,” Xi said in a speech Sunday. “The enormity of the task is what makes it great and infinitely glorious,” - he said.

When Xi came to power in 2012, he was seen as a low-key pragmatist who some hoped would be a reformer in the vein of Mikhail Gorbachev or at least of his own father, a revolutionary leader who helped implement economic liberalization under Deng. But he moved decisively in the other direction. He called Gorbachev a ‘coward’ and ordered cadres to study the fall of the Soviet Union.

He declared a “no limits” partnership with Russian President Vladimir (Putin)….

Xi is expected to ramp up his ambitions in his third term, focusing especially on national security, upgrading the country’s technology sector and challenging an international order dominated by the United States.

“Xi Jinping has emphatically set the Chinese economy on a path toward realizing his vision of a state-dominated and self-reliant economy that will continue engaging with the rest of the world, but entirely on its own terms,” said Eswar Prasad, a professor of economics at Cornell University.

China is expected to turn increasingly inward as Beijing renegotiates its relationship with the West, concludes “The Washington Post”.