The wasteland of British politics 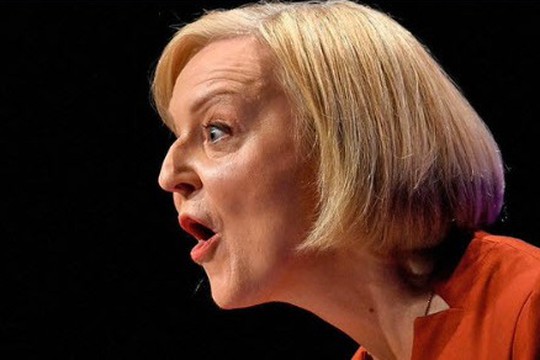 This text is an epitaph about Lis Truss' (photo) brief tenure as British prime minister, by Indian Ambassador and international observer M.K. Bhadrakumar.

When an ugly power play marks the end of the career of a phenomenally successful politician, it presents a painful sight. From all accounts in the British press in the most recent weeks, it was clear that the night of the long knives has approached at last for the most photogenic prime minister Great Britain and Northern Ireland ever produced — Liz Truss.

Indeed, Truss invited upon herself such an ignominious end to her stunning political career. For, she should have known that in life, it’s more important to be aware of one’s weaknesses than strengths.

But she was fired up by an overvaulting ambition to slip into the shoes of Margaret Thatcher, while it was crystal clear to anyone who watched her controversial visit to Moscow in February that Truss was perilously close to being exposed as an incompetent politician. Come to think of it, she eagerly sought an invitation from Moscow keenly seeking media headlines as a tough-talking diplomat even as the storms were gathering over Ukraine.

But then, Truss probably believes that success and competence are not necessarily inter-related and politics is all about packaging and marketing — or, plain luck. She’s right in thinking so. But Truss ignored that Britain is not only sick but likely terminally ill, and only a politician with a magic wand can navigate the country out of its misery, and that she was not up to the task.

A significant part of Britain’s travails today stems out of the West’s sanctions against Russia. According to a “Sunday Telegraph” report, by mid-April, British citizens were already militating against the sanctions due to rising prices, especially fuel price. “The Guardian” newspaper also reported that there would be inflationary pressure and economy will slow down in the UK following economic measures against Russia.

Market confidence has crashed, the value of the pound and government bonds is tanking and the Bank of England is restive, as investors fear that the British economy cannot possibly underwrite a £60 billion hit to public debt.

On the other hand, public spending must be cut even at the risk of provoking a broader social explosion.

Both in terms of the class war at home and Britain’s war against Russia and China abroad, no serious shift can be expected out of a regime change calibrated by the Deep State. The only silver lining is that Britain’s capacity to fuel the Ukraine war has drastically diminished as it fights its own battle for survival. With a 80,000-strong standing army — one-fourth the size of Eritrea’s — Britain was anyway punching far above its weight in Ukraine.

The right thing to do is for the next UK prime minister to visit Washington without delay and prevail upon President Biden to end this senseless war in Ukraine and lift the sanctions against Russia, which bled the economies of the UK and other European allies, - writes M.K. Bhadrakumar.