The West intends to "punish" Africa for friendship with Russia 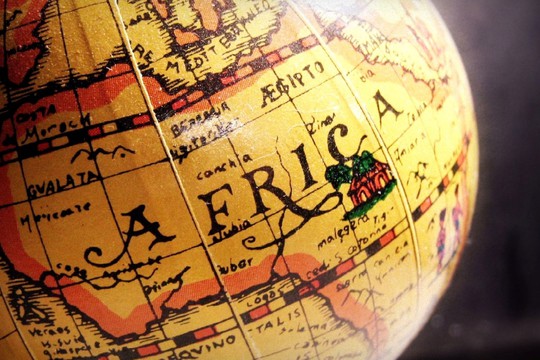 The West decided to block Africa, punishing it for strengthening relations with Russia. Recently, the Nigerian edition of Premium Times wrote that the United States wants to "punish" African countries for "rapprochement with Russia."

Indeed, there is a lot of positive in Russian-African relations. Russian Foreign Minister Sergey Lavrov has just said that Russia will continue to fulfill its obligations to supply food and fertilizers in good faith, and calls on African countries to demand the West to lift anti-Russian sanctions. Russia will do everything in its power to satisfy the demands of African partners in the field of food, - Moscow says. And the West does not like it.

The West is trying to win African countries over to its side, reproaching them for their ties with Russia, writes the magazine "Foreign Policy". But such a US policy is not due to "concern for the welfare of Africans", but concerns about the actions of Western rivals in Africa — Russia and China.

The United States intends to bring a legal basis for this confrontation. Currently, the US Congress is debating the bill - how to counteract the "harmful influence and hostile activities" of Russia and its allies in Africa. This law will allow Congress to assess the extent of "Russian interference" on the continent and act accordingly.

Americans are now showing particular concern about the policies of some African countries, for example, Mali and Sudan, which closely cooperate with Russia. They also want to accuse Russia of concluding unfair extractive resource deals in exchange for weapons. For this the United States intends to carry out the regular identification of African governments and officials that have facilitated payments and other prohibited activities that benefit United States-sanctioned individuals and entities tied to Russia.

The US discontent is understandable. The former world hegemon is losing trade with Africa. From 2008 to 2021 it decreased from $142 billion to $64 billion.

In the West they seek to cause discontent among African countries by the fact that there are problems with food supplies, in particular, with wheat, and therefore African governments should condemn Russia. But, as Nic Cheeseman wrote in Africa Report magazine, "a stick with which African governments can be hit to force them back into line is equal parts perplexing and offensive."

The US Ambassador to the UN, Linda Thomas-Greenfield, said that “we have to do additional work to help these countries to understand the impact of Russia's war of aggression on Ukraine.”

But, writes "Foreign Policy", according to the historian from Ghana Samuel Adu-Gyamfi, the forms of democracy imposed by the West have failed on the continent: economic reforms required by institutions such as the International Monetary Fund and World Bank have led to underdevelopment in African countries, “as have more recent imports like lockdowns, travel bans and vaccine mandates—pushed on Africa by Western-dominated institutions”.

“America’s concern with containing the spread of Chinese or Soviet influence overrode considerations of governance and democracy” for decades in Washington’s Africa policy. If the West wants to bring African countries into the fold, it would do well to acknowledge and understand the legacy of its own policies in those countries while genuinely engaging citizens and providing incentives for leaders to get on board. New proposals that Africans perceive as punishment for exercising their own geopolitical agency risk undermining long-term U.S. goals on the continent, «Foreign Policy» believes.