The West is surprised: why Russiа's economy is holding on? 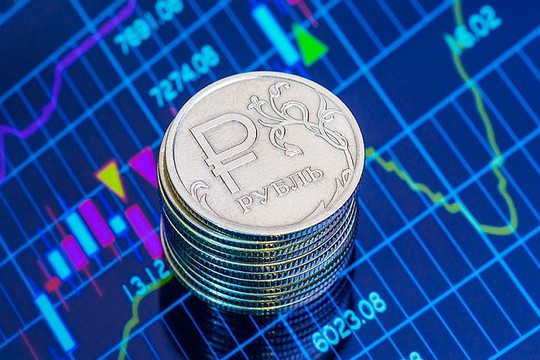 The West wanted to crush Russia with "sanctions from hell", but so far got the opposite effect, - writes the American magazine "Foreign Policy" in the article "Why Russia's Economy Is Holding On". They expressed great surprise about Russia's growing oil revenues: oil exports increased from 3.3 million barrels per day in March to 3.6 million in April, despite Western sanctions against Moscow. It's amazing! Putin continues to earn a billion dollars a day. Thus, the Kremlin has received new funds that will help it resist sanctions, - the author exclaims.

It is more difficult for many European countries to abandon gas than oil, since its supplies are carried out under long-term contracts through pipelines. Alternative supplies of liquefied natural gas (LNG) transported by sea are rather limited. It will take years to switch to other LNG suppliers, such as the United States, Qatar and Canada. In an interview to Der Spiegel, German Chancellor Olaf Scholz said that Berlin could not abandon gas supplies from Russia in the near future.

US Treasury Secretary Janet Yellen said that the rejection of Russian oil and gas could cause huge damage to Europe, and oddly enough, it will have a minimal negative impact on Russia.

The current situation shows how diverse the international reaction turned out to be, and how attractive Russian oil seems to be at a time of rising energy prices and almost universal rampant inflation, - writes Foreign Policy.

From the very beginning of the special operation, Putin openly announced that Western sanctions would hit the United States and Europe like a boomerang, because Russia exports energy resources and agricultural products in huge quantities. According to him, this will cause inflation and economic turmoil in the West. Indeed, such fears to a certain extent restrain American President Joe Biden and become the main topic of debate in European parliaments, - Foreign Policy emphasizes.

The Kremlin managed to organize a new powerful banking center (not sanctioned) in Gazprombank. Moscow is forcing European and other countries to transfer and convert dollar payments there receiving rubles in return.

West really wants Russia to be severely weakened economically  to the point of declaring a default, although Russia has no reason to do it – these are only dreams of the West. Even the International Monetary Fund (IMF) issues negative forecasts on the Russian economy against despite of a huge increase in Moscow's revenues from oil and gas sales. There is no logic when the IMF hopes that the Russian economy will collapse by 8.5% by the end of 2022. While the West, which is experiencing  real crisis, according to the IMF, will reduce its growth rates to +3%. As Russian economist Isaev noted:  "The IMF is now fulfilling its political function. It is engaged not in purely economic but in political forecasts now to make the West happy. And such frauds indicate certain panic in Western countries that want to shift responsibility for their crisis to Russia, which began a few years ago and is now moving  to another serious stage of economic decline.