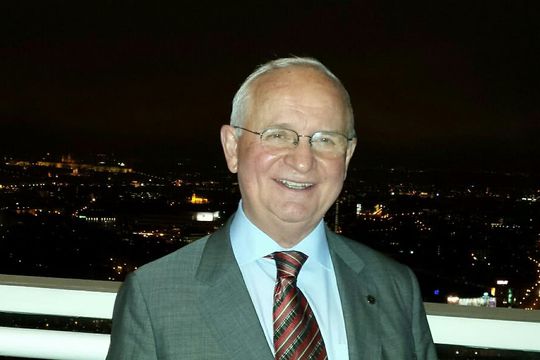 The 2020 Covid-19 and with it the pandemic of fear eclipsed nearly everything in such a way that even the world politics were put on side and became a second priority. This would be the key pair – event which would enter into the history beside the post electoral events in USA. The eclipse caused a stop at the crossroad of epochal changes. We have been allowed to observe what really matters from the world political agenda, what did not disappear and did not change. It became evident that changes in international relations past the point of no return, that 30 years of self-proclaimed unipolarity and global leadership by USA ended and it confirmed a historical truth saying that great powers, if they want to exist and develop they must be willing and able to act alone and live in self ordered loneliness. Although a coalition between great powers is possible in principle if there is a common need. Such a need is a very rare as the history of coalitions made by USA and China in the past proves.

The traditional model of capitalism has been transformed over the period of the last 30 – 40 years into a new model of capitalism. It´s functions meet all known criteria to call it the cognitive capitalism. Firstly, the new model requires nearly everywhere to apply feelings, emotions and it doesn´t require physical money and physical presence. This proves also the language: I feel, let´s feel it, it´s great or bad emotion etc. Further prove offers the transformation of the traditional elements of the capitalism (physical product – physical money – physical product) into one function and a mix of physical and virtual capital: money – money – money, and today even services – virtual money, distant communication and home office work – platforms and instruments.

The results of the described transformation allowed the capitalism´ ability transform and adopt to new situations, the rapid, unregulated and linear technological development and last but not least the neoliberal legislations, all supported by: 1) The knowledge how the human brain functions led to the construction of a model of cognitive capitalism. 2) The neoliberal and globalized system with its own TNC laws directly competing with national laws of constantly fading and reactive states. 3) Private ownership of the model of cognitive capitalism. It is owned by a few TNC and a few finance dynasties. The model functions within a global space and in different environments and therefore any consideration of it must take into account its absolute global character. A consideration of such a complex issue cannot be presented in this article. Therefore the personal view at The World in 2021 serves only for inspiration and orientation purposes of the public. There shouldn´t be doubt, that the few great powers (PRC, USA, RF) able to manage and solve the additional challenge would prepare their own answers and react accordingly very soon.

Jan Campbell (1946) – studied construction engineering, architecture and philosophy; post-gradually also biocybernetics, Islamic banking and insurance. Professionally he was active during mid and long term in several countries including Great Britain, Italy, Switzerland, Malaysia, ex-USSR, Kyrgyzstan, Kazakhstan, Russian Federation, Czech Republic and Germany, of which he is a citizen. Professional activities and experiences allowed to accept positions like a Head of EC Co-ordinating for TACIS programme, personal advisor to PM and analyst of political – economic risks including issues of Science diplomacy and work designated for narrow professional and public audiences, including university students. He obtained an honorary professor’s degree at the Ural State Agrarian University. In Slovakia he was awarded the Golden Biatec for 2014 for humanizing society through publishing about the development and solutions of civilizational problems and global priorities.