The world needs a new G8… without Western countries 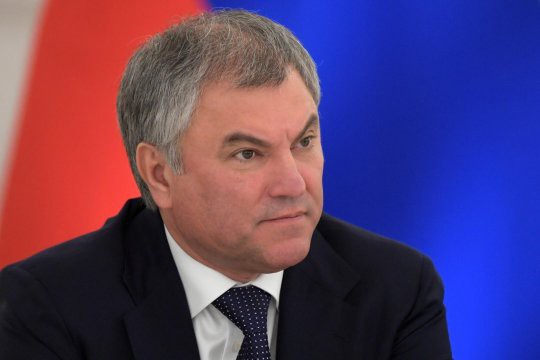 The United States themselves created the conditions under which the Russian Federation and other countries that create an equal dialogue entered the "new Big Eight," State Duma speaker Vyacheslav Volodin wrote in his Telegram channel. "The United States created the conditions for countries wishing to build an equal dialogue and mutually beneficial relations to actually form a new G8 together with Russia," Volodin said.

According to him, the economies of the United States, Japan, Germany, Britain, France, Italy, Canada continue to "pop" because of the sanctions. He clarified that in the first quarter of this year, the US recorded a fall in GDP by 1.5%, while the inflation rate reached 8.6%.

The group of eight countries (China, India, Russia, Indonesia, Brazil, Mexico, Iran, Turkey) that do not take part in the "sanctions wars" is ahead of the group of Westerners by 24.4% in terms of GDP. In a commentary on this statement, Sergei Fedorov, a leading researcher at the Institute of Europe of the Russian Academy of Sciences, drew attention to an important nuance. Today the population of the countries of the collective West is one billion people. For comparison, about three billion people live in India and China alone. In addition, there are a number of large states, including Russia, Brazil and South Africa, which are comparable in terms of economic power and population to the two Asian powers. Given that the vast majority of them are quite unhappy with the state of affairs when all international organizations are under the control of the West, the position of the latter is becoming more and more precarious. “Such rules do not suit Russia. And now the Russian Federation has created a new G8 with countries that do not impose anything on anyone, do not break their hands and do not force anybody to do anything, but try to find common issues and solutions of the problems,” Fedorov emphasized.