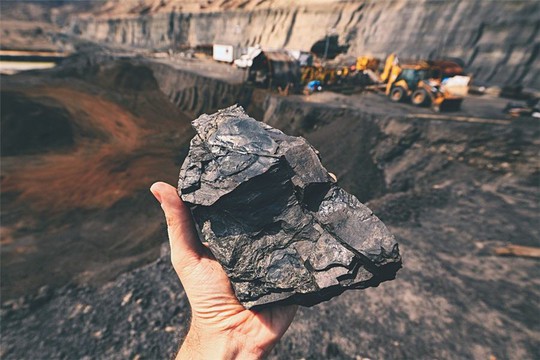 In the Asia-Pacific region, coal consumption has been going up for many years now, and the Asia-Pacific countries plan to keep this trend going in the next decade. (Researchers at China’s Tsinghua University argue that coal is the prime source of energy production in East and South Asia, where the countries are building new coal-fired plants.)

There is a great deal of discussion now going on in the world about the development of decarbonized energy. At the same time, Moscow is once again mulling the prospects of developing the coalmining industry, which looks somewhat paradoxical amid the rapidly "greening" European energy sector. On the other hand, it was interesting to compare the evolution of the coal industry in Europe and Russia. After all, pertinent reforms have been introduced in both of them.

However, looking closer at the subject one will realize that these reforms took place in completely different ways. First, the reform that took place in Europe can be called routine as it lasted for decades and was initiated by the state, concerned about the shrinking segment of the coal industry in the energy sector of the economy. Secondly, just tens of thousands of people were released from working in the most difficult conditions and reassigned to other sectors of the economy.

A closer analysis shows that the reform carried out in Russia was absolutely one of a kind. One should bear in mind the sad legacy that the young Russian Federation inherited from the Soviet Union: the collapse of all economic indicators (with an automatic drop in coal consumption), and mounting social tensions. The coal industry was falling apart across the board in terms of technology, labor safety, etc. Labor productivity and production efficiency were extremely low too.

In addition, coal was being “squeezed out” of the economy by natural gas (although back in the early 90s, even in Moscow there was a large segment of anthracite generation). The Russian coal industry (100 percent subsidized by the state) was no longer competitive on the world market.

To make things worse, the social crisis in Russia was nothing short of catastrophic with the living conditions in the mining towns and cities being extremely harsh. The number of people working in the coal sector stood at 900,000 and taking into account their family members, about 3 million people had found themselves in an incredibly difficult situation. The industry itself was in a real fix both when it comes to coal production, sale, underfunding and dim prospects for the future.

It was against this background that the reforms were launched with a program of restructuring the coal industry developed by the Ministry of Fuel and Energy, led by Yuri Shafranik. The program was three-pronged: closure of hazardous and unprofitable industries (with the withdrawal of all government subsidies, provision of social protection for laid-off workers and technical re-equipment of enterprises, along with measures to encourage new viable projects.

The results of the restructuring in figures:

Due to increased labor productivity, the number of people employed in the coal industry fell from 900,000 in 1992 to 145,000 in 2018. The volume of production in 1990 was 395 million tons, and in 2019 - 439.2 million. Coal exports in 1990 stood at 52.1 million tons, while in 2019 they spiked to 217.5 million tons. Foreign currency earnings from exports increased fourfold, reaching $16 billion in 2019. This means that the Russian coal industry is now fully efficient, money earning and competitive. By the way, as a result of privatization, private companies now account for 100 percent of the total volume of coal mined in the country (the state has developed mechanisms of working with the private industry, regulating, helping and creating conditions for development).

However, just like in the case of the "gas problem," as soon as Russia entered foreign markets with more and higher quality coals (and cheaper too), it started facing complaints from Old and New World competitors that it was ignoring “green energy."

Well, in the first ten days of February 2021 alone, Germany increased the purchase of Russian gas by 47.8 percent compared to the same period in 2019. In January 2021, Italy had increased its purchases from Gazprom by 221.5 percent, Turkey - by 20.8 percent, France – by 77.3 percent, the Netherlands - by 21.2 percent, and Poland - by 89, 9 percent. Clearly, Europe does not want to freeze. The surprises that the process of global warming can hold for us can hardly be predicted by definition, so no one knows just how much natural gas the EU countries may need at the end of the day.

Coal remains very much in demand with low temperatures and rising gas prices putting Europe’s coal-fired power plants back to work and Russian coal exports going through the roof. And Europe is not the only one to face such problems. It is no coincidence that, speaking at a meeting dealing with the development of the coal industry, President Vladimir Putin said: “As for the long-term prospects of the global coal market beyond the current decade, I know that there are different forecasts to this effect. It is no secret that some of them imply a significant contraction of the market, including due to technological changes in the global fuel and energy complex and the extensive use of alternative fuels. What is happening we know all too well: Texas froze up during the cold season, and the windmills had to be heated in ways that are far from environment-friendly. Maybe this will also introduce its own adjustments."

When I delved into this topic, I was surprised by how little I knew about it, and now I’m sure that 99 out of 100 European energy specialists were unaware of the fact that  Russia had succeeded in effecting such a phenomenal reform with such incredible results. Therefore, I firmly believe that Russia will not just give up its share of the world coal market.

We are often guided by political and economic clichés, but we must never forget just how efficiently the Russian people managed to mobilize in the most difficult moments of their country's history.