The Yuan's Future Role in the Global Financial System 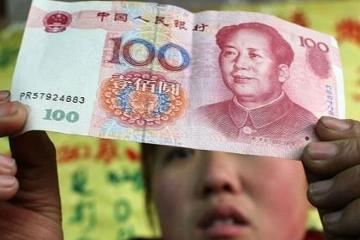 The planned December 15 opening of the rouble-yuan trading in Russia is a symbolic and potentially historical event. It reflects tectonic shifts in the world's economy and politics and accordingly promises a transformation of the global financial architecture. At the moment China's contribution to the global economy far exceeds the scope of the yuan international circulation and the Chinese currency's share in national financial reserves. Consequently the financial strategies based on positive expectations concerning the coming status of the yuan will almost undoubtedly pay off. What should currently come into the spotlight is not the alleged yuan undervaluation but the potential that China's partners can unlock by partially switching to the yuan in the future.

Today's debates over the state of the global financial system largely revolve around searches for currencies more stable than those designated at the moment as convertible. Naturally, the US dollar draws the lion's share of criticism considering that the rate of its injection into the global economy is clearly ahead of the US economic input and that the imbalance is placing the dollar's reserve-currency functionality in jeopardy. Gold, the Bretton-Woods system, various forms of assets-backed currencies – or, occasionally, alternative contract-based global financial arrangements – are routinely invoked as the solution. Bilateral and multilateral barter schemes that would enable the manufacturing and commodities sectors to interface minimally with the volatile global finances are also considered.

Neither of the above ideas is essentially new: in all epochs, crises make people long for stability. What is new is that – possibly for the first time in the post-World War II history – the economy based on indebtedness and financial bubbles can slide into a lasting global recession, and the threat to stability is posed by the condition of the “convertible” currencies.

The term “convertible” actually deserves to be put in quotes due to the fact that the corresponding currencies cannot be regarded as convertible in the full sense of the word in a world where the majority of the population lives in the countries which do not shy away from monetary regulation. In such countries, the “convertible” currencies would not buy you many types of assets. Moreover, it transpired in the first decade of the XXI century that the centers of convincing economic dynamics had irreversibly migrated to the countries with “unconvertible” currencies, primarily to China and India, where imported capitals are treated with considerable caution. In contrast, quite a few of the countries whose currencies traditionally enjoy the reputations of “convertible” are confronted with deindustrialization, demodernization, and even decapitalization, the latter term denoting the cluster of phenomena comprising the widening gap between the finances and the material assets, the drain of financial reserves and their drift towards various offshore zones, etc. Under the circumstances, shielding the national economy, the population, and the national statehood from the global financial nosedive naturally becomes a legitimate strategy, and  measures like giving a bigger role to the “unconvertible” currencies internationally are seen as an adequate and timely response.

Since 1994, the year yuan convertibility was introduced, fostering a favorable climate for national companies topped China's financial agenda. The law on the Chinese People's Bank sets the goal of sustaining the yuan buying power as the basis for continuous economic growth. The policy which was from the outset aimed at capping inflation and supporting the manufacturing sector proved effective in guiding China through the global economic storms.

It should be noted that – if you look at the relative values of national currencies – a robust analog of the Bretton-Woods money should not be hard to find. The consumer prices in China rose by a factor of 2.83 in 1985-1995. Over the same period of time a series of devaluations caused the yuan value to shrink by a factor of 2.84, meaning that the Chinese currency was shedding value to exactly offset the inflation. The yuan was gaining weight ever since, while the inflation in China was for the most part tamed. The nonresident money in China practically did not drop in value throughout the reform epoch. The yuan therefore emerges as a realistic candidate for the role of a global and universally accepted currency.

China must be credited with contributing – directly and indirectly - a stabilizing influence to the global economy whenever the world found itself in dire straights since the mid-1990ies. China never resorted to drastic devaluations to keep its export-oriented sectors afloat, readily struck financial cushioning deals with its neighbors, and always managed to keep its economy climbing during the recurring global crises, thus directly helping the rest of the world inch towards recovery. Setting an example of intelligent financial policies, China also indirectly assisted in putting the global economy back on track.

China's respectable, cautious, and carefully planned  policies earned the country a reputation in the financial sphere. Notably, the yuan is a currency tailored to promote China's modernization.

Currencies – regional and global alike – all have a record of ups and downs which leaves no illusion that the status of a particular currency or any particular hierarchy of currencies are to last indefinitely. The global financial system is evolving, and at the moment the world economy seems to be reverting to a polycentric configuration. Given that the finances are an area where healthy conservatism and moderation are always welcome, the process should be watched with patience. The point is not that the US dollar or Euro should be used in international settlements no longer – actually, the Chinese traditional wisdom says that it is the worst money that circulates longer. Rather, the idea is that not only the liquidity quantities or the functionality and immediate values of currencies but no less their other characteristics and their future require sober assessment. The yuan's current strong positions to an extent grew out of experimentation. Now we witness an experiment with the yuan being staged jointly by China and Russia. The plan to establish a global financial center in Moscow should give the due regard to trading the Asian securities and “unconvertible” currencies. Nor should the reserve policies of Russia's Central Bank continue to overlook the potential of the yuan. Russia and China need new mechanisms of currency coordination which may subsequently be adopted across the BRIC community.

As for the pressure on China to revaluate the yuan (the demand a faction of Russian watchers also seem to uphold), the quantitative aspect of the problem should be seen from a different perspective. The truth is that many of the “convertible” currencies are overvalued rather than that the yuan is undervalued. The above overvaluation highlights the extent of the risky autonomy of “easy” money from the real-life economy with its development needs.