There are 180 currencies in the world, writes Actualno. And the most valuable and expensive of them is not the dollar or the euro. For several years the leading positions have been occupied by the currencies of the oil-producing countries of the Middle East. 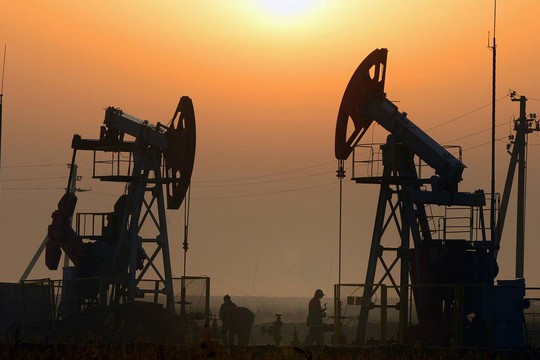 It is possible to determine the value of money only in comparison with the money of other countries. There are about 180 currencies in the world today. But which of them is the most expensive, the most valuable? Many people think that it is the dollar or the euro, or at least the British pound sterling. But this is not the case. For several years now, the leading positions have been occupied by the same currencies – the currencies of the oil-producing countries of the Middle East.

These countries plan to unite and eventually create their own common currency – similar to the euro. However, the value of this future currency remains a mystery: for example, in Kuwait, every fifteenth resident is a millionaire. However, whatever one may say, the most expensive currency in the world "smells" of oil.

Kuwaiti dinar. It was put into circulation in 1961. The letter code is KWD. It displaced the Indian rupee, which occupied a leading position in the Asian region. In 2006, Kuwait devalued (lowered the value) of its currency by 1% against the dollar, which caused the exchange rate to become 0.29 dinars per dollar, but just a year later - in mid–2007 - the Kuwaiti dinar got rid of the dollar peg, and a multi-currency basket replaced it. Today one Kuwaiti dinar is equal to 3.25 US dollars.

Bahraini dinar, the currency code is BD or BHD. In the period 1966-1973, it was the national currency of the United Arab Emirates, later it was replaced by the UAE dirham. The Bahraini dinar entered the market in 1965, replacing the Persian Gulf rupee. In 1987 it was tightly pegged to the US dollar. Today its cost is $2.65.

The Omani Rial (OMR) is the currency of the State of Oman. On one side of the banknote is an inscription in English, on the other – in Arabic. There are no inscriptions in English on the coins. 1 Omani rial = $2.60.

Pound sterling, British pound (GBP). The name "pound sterling" was finally fixed for the currency of Great Britain in 1694 – then the Bank of England first began issuing banknotes. In the XVIII-XIX centuries, the pound sterling was the main reserve currency almost all over the world. It lost its status as the most important currency only after the end of World War II – then the American currency began to dominate the world market. However, in 2006, the pound sterling experienced its rebirth and again returned to the "club" of the most common reserve currencies — third place after the dollar and the euro. Today, its cost is about $ 1.20.

Euro (EUR). The official currency of the European Union, 19 countries of the "eurozone". It appeared in cashless circulation in 1999, and since 2002 banknotes and coins have been introduced. Its graphic designation is a combination of the Latin letter "e" and the Greek "epsilon". One euro today is equal to about $ 1.00. The Swiss franc costs approximately the same amount," - writes Actualno. (Знаете ли коя е най-скъпата валута в момента? (actualno.com)

Meanwhile, the Russian ruble, with oil and gas behind it, has strengthened by about 25% over the past four months despite the enormous sanctions pressure from the West.

What is the conclusion from all this? Despite repeated prophecies about the end of the hydrocarbon era, the reality looks like the future in the financial market is for currencies backed by real goods – such as oil and gas.