Thermonuclear dream. Will humanity move closer towards cheap energy in 2021? 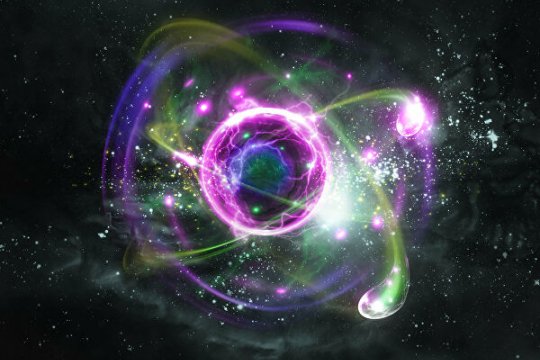 The humanity began to dream about cheap energy as it made progress developing arts, crafts and trade. The muscular power of people, animals, wind, water and steam was consistently adjusted to serve human needs. The 19th century saw endemic introduction of electric power. However, given that electric power generation required the force of steam and water just the same, the humanity kept asking itself the same question: is it possible to produce ultra-cheap and eco-friendly energy, which would satisfy the planet’s growing needs for electric power? The more so since  scientists have been sending warnings that oil, gas and coal reserves are limited since late 19th century. Just recall what our great compatriot Mendeleev said – “to heat with oil is the same as heating with banknotes”».

In the 1950s the humanity succeeded in establishing control of nuclear energy. Nuclear energy was born out of the destructive flames of nuclear  explosions and the ardent desire to possess super weapons. However, the successes in uncontrolled thermonuclear reaction gave birth to a new dream – about thermonuclear energy, a dream which has yet to come true.

As back as in the 1950s fiction writers and futurologists described both the opportunities that came with cheap energy and the dangers to be expected with the arrival of thermonuclear stations. Robert Heinlein gives an account  of this in his “Blowups Happen”. Even though the first magnetic thermonuclear reactor, tokamak, short from Toroidal Chamber Magnetic Coil, was built in the USSR in 1954, thermonuclear power has not become accessible. The optimism of the mid 20th century was replaced by an understanding that although thermonuclear power is theoretically accessible, in reality, humanity has still a long way to go to be able to produce it for commercial needs. While we tend to believe that we are on the verge of putting thermonuclear fusion into commercial use, we are still as far from introducing cheap energy as decades ago.

Professionals are more skeptical about it. Viktor Ilguisonis, a PhD, one of the authors of “Prospects for Thermonuclear Research”, said in an interview published by Rossiiskaya Gazeta on December 8th: “thermonuclear fusion reactors that are built at present have reached the limit of technological capacity”.

In fact, to put it simply, the problem of present-day thermonuclear energy is that there are no cost-effective reactors for its commercial use…..not yet. Meanwhile, Professor Ilguisonis quotes Academician Artzimovich, one of the founders of the Soviet thermonuclear project, as saying that “this issue will definitely be resolved, once thermonuclear energy  becomes indispensable, as there seem to be no obstacles in principle in this direction”. Nearly half a century after the death of Academician Artzimovich, humanity’s economic needs for thermonuclear power has increased dramatically as many experts are asking themselves how this  “skin of uncaught bear” will change the world.

Firstly, fusion energy is many times cheaper than atomic power, particularly generated at thermal power plants. According to experts, two tons of Helium-3, heated in a tokamak or stellarator [i] (a modernized thermonuclear reactor), can produce the same amount of energy as 30 million tons of oil, burnt in TPP incinerators. In addition, there are no emissions into the atmosphere. As a result, thermonuclear energy generation will lead to a rapid development of cheap electric transport, which will produce a favorable impact on the planet’s climate and atmosphere. By way of example, if all of us switched to electric cars right now, there would not be enough capacities to have all of them charged.

Secondly, thermal nuclear power plants are far safer compared to atomic ones. In case of a malfunction, the small artificial suns just switch off without leading to an explosion or radioactive contamination.

Thirdly, the potentially small size of fusion reactors of the future and their safety will make it possible to provide densely-populated but economically depressive regions, such as Africa, South East Asian and Latin American countries, with cheap, safe energy. This means an increase in living standards, industrial development and  yet again,  solution of environmental issues.

Finally, a thermonuclear reaction is closely connected with humanity’s yet another dream – a dream to fly to the stars. Thermonuclear fusion will bring about new types of engines, which will make the solar system easily accessible for mankind. Forbes experts say that given the pace of modern technology the first flights of such spacecraft beyond the boundaries of the solar system could take place by 2100 [ii].

What triggered more interest in thermonuclear energy is an annual report by the Danish «Saxo bank». Scandinavian experts publish somewhat shocking forecasts for the year next, of which fewer than 50% come true. Yet, many issues raised by Danish analysts do become relevant in the new year. For the year 2021 they predict that humanity will make a technological breakthrough towards using thermonuclear power. Moreover, Danish experts assume that a number of countries will introduce an unconditional basic income which will revitalize the post-Covid-19 economy and support citizens who lost their jobs. Such an income will apparently become possible due to a dramatic reduction in the cost of energy. Even though these kinds of prophesies have caused healthy skepticism among a number of experts, they initiated a discussion  on the future of controlled thermonuclear fusion. Alas, most top scientists lay hopes on the ITER international reactor in France, expecting substantial breakthroughs not earlier than 2025.  This joint international project, which originated in the 1980s, is being implemented by seven major partners (the European Union, India, China, South Korea, Russia, the United States, Japan) on the French Cote d’Azur. The 60-meter tokamak, weighing more than 23000 tons, will generate energy by fusion reaction with heavy hydrogen isotopes with the temperature of over 100 million degrees [iii]. A mere 1 gram of the mixture of deuterium and tritium will give the same amount of energy as 8 tons of oil. But commercial production of such energy is not expected to start until 2040. ITER designers say their research team expect to devise a genuinely cost-effective thermonuclear reactor by 2060 [iv]. This means that there are at least another 40 years to go before we see cheap energy. The optimistic Chinese rely on brand new technologies and are planning to start a large-scale production of thermonuclear energy 10 years earlier [v].

Meanwhile, a few successful projects of 2020, along with further work on ITER, are bound to become key to the development of international scientific cooperation in the coming year. On December 4th Chinese physicists launched the HL-2M thermonuclear reactor with plasma temperature reaching 150 million degrees [vi]. Russia’s Kurchatov Institute is planning the launch of T-15MD reactor in the near future [vii]. After two years of consultations, US scientists presented a 10-year plan for the Federal Consultative Committee for Thermonuclear Energy Studies at the beginning of December. The plan urges the Energy Department to back the construction of a thermal nuclear plant prototype by 2040. Such reports add to the “thermonuclear hype” triggering speculation about the possibility of one state establishing a monopoly over thermonuclear energy. But even though many countries are keen on being the first in the development of cheap energy production technology, unlike the "vaccine race”, the nuclear physics world has long come to the understanding that any impressive results can be achieved only through joint research. This becomes clear from the performance of an international team that worked on the Large Hadron Collider. For this reason, Russia, which boasts unique experience of working on thermonuclear fusion, will undoubtedly have a good chance to continue to promote its image via “scientific diplomacy” in 2021. Though, unfortunately, cheap energy will remain a dream in the years to come.