They put others on trial, not to be tried themselves. On the arrest of General Mladic 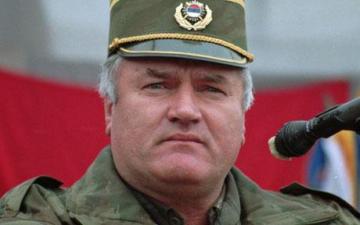 The recent arrest of the Chief of the General Staff of the Republika Srpska Army, General Ratko Mladic, as well as preparations for his extradition to The Hague is another in the chain of events that are part of the on-going “mopping-up of History”… Ratko Mladic was the central figure in the Bosnian War. He is known of far beyond the Balkans. The Daily Telegraph has put him on the list of 30 prominent modern-day military leaders, adding in a comment that the officers who held talks with him saw him as a genius at tactics. The enemy feared him, while Serbs idolized him for his reputation for honest dealing, military professionalism, courage and fidelity to his country. Mladic enormously boosted the Serbs’ national identity by actually winning the war against the Croat-Muslim Bosnia-Herzegovina despite continual NATO bombing raids. Hence NATO and EU interest in the man.

It is of vital importance for the current (pro-western) Serbian leadership to ensure that the report by the Prosecutor of the International Criminal Tribunal for the Former Yugoslavia, Serge Brammertz, to the UN Security Council will help the government in Belgrade to obtain the EU candidate status. The most vociferous opponent of Serbia’s joining the European Union is known to be the Netherlands exclusively on the grounds that Ratko Mladic and Goran Hadzic have still failed to be put in the dock.

But one should certainly make known the reason why the Dutch of all Europeans are so keen to put away Mladic. Few are aware that the numerous victims at Srebrenica were due to the improper execution of their duties by the Dutch peacekeepers, for back in 1995 the Muslim enclave formed part of their zone of responsibility. When the troops under Ratko Mladic encircled Srebrenica in response to the mass killing of Serbs by the armed units, led by Naser Oric (who was incidentally acquitted by The Hague Tribunal), the Dutch military did nothing to prevent the conflict and defend the civilian population. Instead, they hastily retreated from the enclave. It is for more than 15 years now that Holland has been trying to shift that infamy onto Mladic and his Army…

Now, I do in no way seek to justify violence. The force of law should be the punishment of a criminal if they are proven guilty. Mladic’s case makes us reflect on things of global scale, on the symbolism of the on-going developments which tally perfectly with what should be plainly described as the humiliation of one people, Serbs, and of one country, Serbia. You may remember that Serbs have been the main defendants tried by the International Criminal Tribunal for the Former Yugoslavia throughout these years.

Why should the International Tribunal for the Former Yugoslavia have been set up at all? An overwhelming majority of Russian, and nonpartisan western researchers feel that “the Tribunal is attaining an exclusively political objective, namely to find just one people guilty of all the battles fought in the last Balkan crisis, and thus justify NATO aggression on Yugoslavia in 1999, and make it look legal. The many year-long performance of the Tribunal puts across to the world community a wrong idea of the parties to the Balkan conflict and the events that took place then. The Tribunal was set up to rewrite the history of the breakup of Yugoslavia, change the nature of military collisions by shifting responsibility for all the crimes in the Balkans since the early 1990s to just one people, the Serbs (emphasis added by the author. – Ye. P.). That is the reason why the number of Serbs convicted by The Hague Tribunal is so great”.

And I think I will venture another guess. The continuing “humanitarian intervention” by NATO countries in Libya badly needs cover information. They should distract public opinion from the destruction of infrastructure and civilian facilities, and the killing of civilian population, including children, in the course of air raids on Libya. They should put others on trial, not to be tried themselves. The arrest of Mladic, and the hasty decision to extradite him to The Hague despite the 69 year-old General’s obviously poor medical condition seem to be indirectly related to the Libyan factor. Notably, the NATO Secretary-General Anders Fogh Rasmussen was one of the first to welcome the arrest of Mladic, while London government officials described the event as historic.

Belgrade is in a hurry (or is being hurried) to take Mladic to The Hague. A Belgrade court authorized Ratko Mladic’s deportation on May 27th, the very next day after his arrest. The France Presse news agency quotes the General’s lawyer, Milos Salic, as saying that “Mladic’s health condition does not prevent him from being transported to The Hague. He is carriageable”.  But the defence lawyers for the former commander of the Bosnian Serb forces will appeal against the court decision citing the General’s inability to attend the trial for his poor health condition. If Mladic is nonetheless handed over to The Hague Tribunal for the Former Yugoslavia, then, the lawyers point out, the court will not go in session in the next 18 months.

The haste may have been prompted by a sharply negative response from the best part of the population both in Serbia proper and in the Republika Srpska. The news of Mladic’s arrest has already sparked mass-scale protests by the former General’s supporters in quite a few Serbian cities, namely Novi Sad, Kraljevo, Zrenjanin, Arandjelovac, Cacak.

Christoph Flügge of Germany has been appointed presiding judge in the forthcoming trial. The other two in the trial chamber of three judges are Alphons Orie of the Netherlands and Bakone Moloto of South Africa. The judges were prompt to allow the Tribunal prosecutors to make amendments to the indictment against Ratko Mladic within the next seven days. We shall very soon see “justice” in effect, that is putting others on trial, not to be tried themselves.