“This is an operation of necessity for Russia, not of choice” 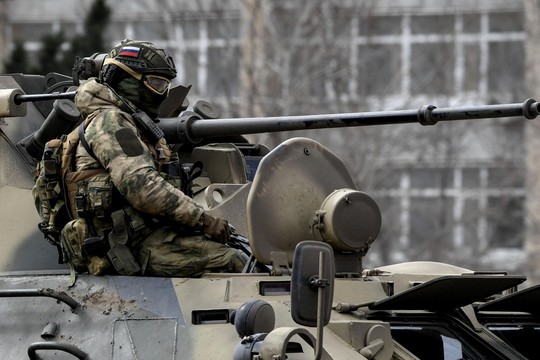 «The Europeans don’t have fire in the belly anymore while speaking about the war, which for them is becoming a great disrupter of the manicured, predictable life in their continent, something that they least expected when Washington hustled them into the war» writes Indian international observer and former ambassador M.K.Bhadrakumar in his commentary «In the wake of Russian victory in Mariupol».

Thus he continues his analysis: «The Defence Ministry in Moscow announced on Friday that a total of  2,439 “Azov Nazis” and Ukrainian servicemen had laid down their arms since May 16, and that the entire Azovstal complex is now under control of Russian forces. Moscow is also keeping mum about the identity of any foreign military personnel who surrendered in Mariupol.

In military terms, Kiev and its western advisors hoped to pin down substantial Russian forces in Mariupol, but were outmanoeuvred. The commander of the Azov army Svyatoslav “Kalyna” Palamar was taken from the Azovstal steel plant yesterday in a special Russian armoured vehicle.

All this will demoralise the Ukrainian military.

Therefore, the US announcement of additional $ 40 billion for Ukraine can be seen as a morale booster. The Ukraine Democracy Defense Lend-Lease Act of 2022 signed by Biden in May is patterned after the legislation used during World War II to supply weapons to allied countries, stipulating that these aid packages are actually debts that need to be paid back by Ukraine eventually.

The Biden Administration probably hopes to ensure that the interest groups at the top echelons of leadership in Kiev continue with the war effort. Ukraine is a notoriously corrupt country and war profiteering on a massive scale can be expected. Much of the aid will be stolen by corrupt officials.

France, Germany and Italy, amongst many other EU countries, have come to terms with the new Russian regime for payment for gas supplies that effectively bypasses EU sanctions. Potentially, the current delay in the EU oil sanctions will likely have a domino effect.

During the recent weeks, there has been a flurry of ceasefire talk (and negotiations with Moscow) by French President Emmanuel Macron, German Chancellor Olaf Scholz and Italian Prime Minister Mario Draghi. Their remarks seem at cross-purposes with what the British and the Americans are saying. Simply put, the European continent’s three most powerful capitals have begun singing from a different song sheet, wanting the war to end quickly and everything to “return to normal” as soon as possible. The point is - divergences over allied war aims are emerging.

Above all, this is an operation of necessity for Russia, not of choice. Paradoxically, the choice was entirely upto the US and NATO to appreciate that there is nothing like absolute security. Wasn’t it the former US Secretary of State Henry Kissinger who once said, “Absolute security for one state means absolute insecurity for all others”, - writes ambassador M.K.Bhadrakumar.

Here we should recall that in the US Congress back in 2015 (June 10, 2015 - Issue: Vol. 161, No. 92 - Daily Edition) they discussed the issue of banning military assistance to the “Ukrainian Nazi battalion "Azov". Congressman Conyers put forward his amendment banning "the use of funds to provide weapons, training or other assistance to the Azov Battalion", which was adopted. Even then they knew in America that “Azov” are the Nazis.