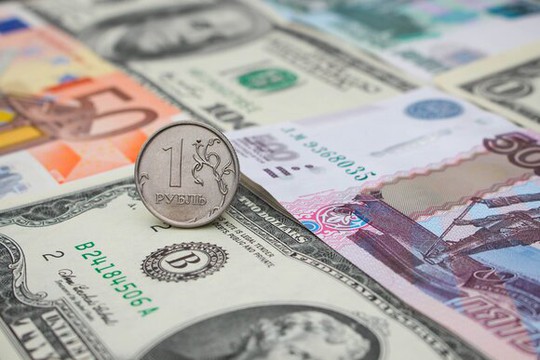 The West's expectation that sanctions will put an end to the Russian economy, to put it mildly, is not justified. The previous package of sanctions, introduced  8 years ago, immediately after the reunification of Crimea with Russia, led to the opposite result: in areas where the West imposed restrictions, Russia acquired new competencies, and restored the old ones at a new technological level.

The current set of sanctions, much larger, will inevitably give an equally powerful impetus to strengthening Russia's technological and economic sovereignty, accelerate its industrial and agricultural cooperation with interested countries,  first of all, with its closest neighbors and allies in the EAEU (Eurasian Economic Union).

Today, the EAEU is a powerful and, most importantly, a rapidly developing market with attractive business prospects: 3.2% of world GDP, 2.2% of world industrial production,  2.4% of world exports. The Eurasian five - Russia, Belarus, Kazakhstan, Armenia, Kyrgyzstan - account for 14.4% of all oil production in the world, 19.5% of gas production, 4.7% of global electricity generation, 4.2% of steel production, 35.7% of potash fertilizers production, 4.2% of global grain production, 5.7% of livestock products. And the total volume of the EAEU financial market, taking into account the banking system and the stock market, is about $3 trillion dollars.

The priority of the EAEU strategy until 2025 is the development of the space industry and power engineering, the production of the latest computer technology, electronic and optical equipment, innovative products of the pharmaceutical industry and much more. A whole map of the EAEU industrialization has been developed, containing more than 180 projects with a total cost of $300 billion. А large-scale import substitution program  is  implemented in full swing for several years.

The formula for an adequate response to force majeure is succinctly formulated in the well-known saying: "A person who has felt the wind of change should not build a shield from the wind, but a windmill." Exactly this is happening now.

As for Washington's confidence that it has rallied the whole world against Russia, it is very illusory, the facts say the opposite. More than 40 countries are still interested in creating free trade zones with the Eurasian Union.

Moreover, with their "infernal sanctions", the Anglo-Saxon elites practically sentenced to degradation the world financial system controlled by  them. And it is one of the three whales on which the entire current Atlantic world order is based. The other two are the military power of the West and its ideological and propaganda control over the global agenda. But these two whales are now being blown away.

Chinese and Arabs, Indians and Latin Americans do not believe Western propaganda about bloodthirsty Russia and Putin as the invader. But then how is the collective West going to continue to dominate if two of the three instruments of control are broken or discredited, and the third (military) is not applicable against the two main opponents: Russia and China?

There is, however, also a fourth tool for ensuring superiority — technological advantage. But, firstly, it is far from absolute, and secondly, it can only work in a single, albeit divided into opposite camps, world. And that is exactly the kind of world the West is destroying right now.