To unite Eurasia in practice 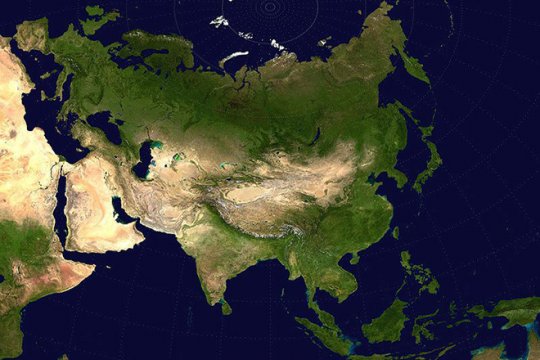 The new format of an iternational event is a dialog that is called “The Unite Eurasia from the Atlantic ocean to the Pacific ocean” took place first time this year in Brusseles. The organizers of this event are the Fond Roscongress and association Learn Eurasia with the support of the European bisiness association and the Belgium trade chamber.
One of the main topics of the meeting were: multiples strategies – one aim; constant corporations and dialog according to standards.
As the consequences ot the official release the main topic of the dialog has become the answer of the modern chellanges of the develoment of economics on the Eurasian continent in conditions of restrictions, sanctions and problems of sustainable integrations schemes. The current situation, as the organizers of the forum said, demands major changes of the economic politics and trade and industrial relationships to overcome global problems in geopolitical instability by establishing new mechanisms of regulations in multiply orientated market system.
One of the most important features of the forum has become the thought of necessity the current situation which is characterized by the result of unregulated politics of sanctions. This thought was emphasized by Vladimir Chizhov in his brief interview. He is the constant representative of the Russian Federation in the European Union. Also he emphasized that Russia in the result of sanctions has not become isolated from the big international business. Russia has just changed it’s connection from Europe to the countries of BRICS and other states that didn’t support politics of economic pressure. Moreover, the initiators of the pressure didn’t take in mind their constant loose of the market: the short-term effect of restrictions, though it has had the negative effect on the Russian economics, it has led to unavoidable long-term effect – changing of risk and politically unreliable partners to reliable and interested in new contacts partners. Now even Europe understands that the end of the sanctions will not lead to the effect of “switching off” when its only needed to switch off that the situation will become again like before.
Business is business and if you lose your place it is unavoidable that this place will be taken by someone else. The process of changing their previous partners of Russia has practically been finished and nowadays and also in near future will be negatively influenced the economic situation of the European states more than it was planned.
Europe, of course, realizes it is looking for the new ways of solution of the current problem. The business has its own view on politics. That is why European businessmans always visit the Russian economic forums. They have a desire to take part in projects that are implemented by countries of BRICKS in the field of logistics and business services and also as partners who can have a serious commercial effect.
The forum has been taken place in Brussels and it is a really big sign. Nowadays, Europe is not united as it was expected and it is not because of big scandals that are connected with Brexit but also as Vladimir Chizhov said it is because on the mainland of European Union there is no agreement and no one opinion. So, the countries of the Eastern Europe actually help the economic of China to go to the European market which is now is a big platform for the future expansion as it gives investments and credits. Such a tendency makes the members of the Western European Society unsatisfied. However, the reality of the development is that having lost the Russian market our ex-partners have to look for a new sources of financing. All these facts, of course, make the situation worse and it worries all the people who are intelligent.
As the result, the first dialog called “The Unite Eurasia from the Atlantic ocean to the Pacific ocean” is becoming the first step to see the new possibilities of integration of the West and East. Of course, the first and the most perspective questions that were discussed were the questions of energetic and transport logistics. Also, the participants emphasized the importance of searching new contacts that are able to create new stable economic business and cultural connections in the mainland in the near future.