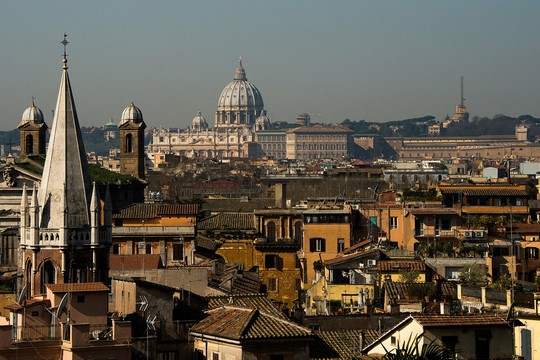 I - Why do European leaders not promote negotiations, but only impose sanctions?
In my opinion, European leaders are carrying out an agenda dictated not by the interests of the citizens of the member countries of the European Union, but that one linked to transatlantic interests. This agenda provides for the widening of the gap between Europeans and Russians, despite the complementarity that has always characterized Russian-European relations, especially those relating to energy. The ultimate beneficiary, in geopolitical terms, is the US government. The sanctions will affect not only Russian citizens, but Europeans as well.
II - Why do you think European officials are signing sanctions that obviously harm EU residents?
There is - more than 70 years after the end of the Second World War - a cultural and psychological subordination of Europeans towards the USA. The ruling classes of European countries have been selected on the basis of their "loyalty" to the US. The same political, military and economic careers of European cadres are affected by this influence.
III - What is the reason for the sharp increase in the number of aggression towards Russian citizens?
If you refers to russophobia - particularly harsh these days for obvious reasons - it should be remembered that a hostile narrative towards the Russian federation has been conveyed in the European media aimed at creating the psychological basis of the current hostility in the European populations. The European media, consciously or unconsciously, have in fact constituted a powerful element of the so-called hybrid war that the US-led West has waged against the Russian Federation since the early 2000s.
IV - Is there a danger of revising the results of the Second World War?
The danger of a third world war is possible if the conflict extends. An agreement must be reached as soon as possible.