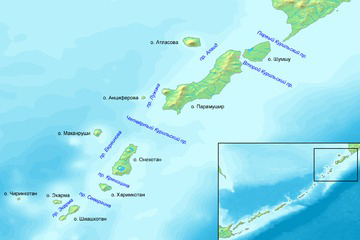 Recently Japan relaunched the campaign of claims to Russia's Kuril Islands - Iturup, Kunashir, Shikotan, and Khabomai. The impression is that Tokyo is under the delusion that it is entitled to its own version of the settlement in the wake of World War II and even hopes to draw benefits based on the unilateralist approach. Yet, according to the resolutions passed by legitimate international conferences and to the judgments issued by the International Military Tribunal for the Far East (also known as the Tokyo Trials), Japan was among the initiators of the global bloodbath and therefore has nobody to blame for eventually being forced to unconditionally capitulate. It is clear in this light that  Tokyo's bids to subject the post-war global configuration to an overhaul are absolutely groundless, while Russia's sovereignty over the Kuril Islands is established by international law and cannot be called into question.

It was a key point of the agreement signed by J. Stalin, F. Roosevelt, and W. Churchill during the Yalta Conference that “in two or three months after Germany has surrendered and the war in Europe is terminated, the Soviet Union shall enter into war against Japan on the side of the Allies on condition that:

2. The former rights of Russia violated by the treacherous attack of Japan in 1904 shall be restored, viz.:

(a) The southern part of Sakhalin as well as the islands adjacent to it shall be returned to the Soviet Union...

3. The Kurile Islands shall be handed over to the Soviet Union.

The heads of the three great powers have agreed that these claims of the Soviet Union shall be unquestionably fulfilled after Japan has been defeated”. The above leaves no doubts concerning the international recognition of Russia's right to the Kuril Islands. H. Truman who became the US president in April, 1945 expressed the view that Russians simply expected to get back what had been taken away from them.

Nevertheless, for decades the propaganda in Japan taught the Japanese to believe that the country had quit the war in some ordinary fashion rather than lost it. As a result, the Japanese national memory largely fails to accommodate the facts that Japan was defeated in World War II and that it was condemned as an aggressor. In fact, the campaigns of claims to the Kuril Islands may be a prologue to a yet broader revisionist agenda.

The proceedings of the Tokyo Trials dispel any myths concerning Japan's role in World War II. International Military Tribunal for the Far East was instituted similarly to the Nuremberg Tribunal in accord with the Potsdam Declaration Defining Terms for Japanese Surrender. Article 10 of the document read: “(10) We do not intend that the Japanese shall be enslaved as a race or destroyed as a nation, but stern justice shall be meted out to all war criminals, including those who have visited cruelties upon our prisoners”. By signing the unconditional surrender on September 2, 1945, Japan pledged to ”undertake for the Emperor, the Japanese Government and their successors to carry out the provisions of the Potsdam Declaration in good faith”.

The International Military Tribunal for the Far East started working in Tokyo on May 3, 1946. It represented 11 countries: the USSR, the US, China, Great Britain, France, Australia, the Netherlands, India, Canada, New Zealand, and the Philippines. The Soviet envoy was Member of the Military Collegium of the Supreme Court of the USSR Major-General I.M. Zarayanov. Australia's Justice of the High Court of Australia Sir William Webb served as the President of the Tribunal, and US Assistant Attorney General and Director of the Criminal Division of the US Department of Justice Joseph Keenan – as the Chief Prosecutor. The Tribunal made 28 people – Japan's premiers, foreign ministers, war and navy ministers, army commander in Central China, army chief of staff, etc. - face justice for war crimes. The trial ended only on November 12, 1948. The charges – a total of 55 counts - were grouped within three broad categories: crimes against peace, conventional war crimes, and crimes against humanity, and included the planning and direction of the aggression, the mass killings of the military and civilians, and the ill-treatment of prisoners of war and civilian internees. The trial was premised in the assumption that aggression was a gross international crime and those who unleashed it deserved to be severely punished. Similarly to the Nuremberg Tribunal, the International Military Tribunal for the Far East put to work the legal principles subsequently incorporated into the international law by the UN as norms defining the responsibility for crimes against peace, war crimes, and crimes against humanity. This was the fundamental result produced by the Tokyo Trials.

Chief prosecutor J. Keenan said that while any country should have the right to self-defense, in the case examined the Japanese invasion of China, the political domination and mass atrocities were altogether a case of sinister aggression. He also stated that the indicted were unable to justify their involvement in the military offensives against the Western countries launched in the Pacific Ocean on December 8, 1941 and that the Japanese ruling clique committed acts of aggression against the USSR and planned a wider-scale war against the country for several years.

The sentence confirmed the Tribunal's authority to make the main Japanese war criminals face justice and said that since the late 1920ies Japan's international and domestic policies were aimed at planning and unleashing wars. The Tribunal established as a proven fact that Japan waged an aggressive war against China, the US, the British Commonwealth, the Netherlands, and France.

The aggression against the USSR and the conquest of the Soviet Far East ranked high on Japan's list of priorities. The purpose of the seizure of Manchuria was not limited to making another step towards the conquest of China – it was supposed to give Japan a foothold from which an offensive against the USSR could be launched. The Japanese army staff's plans for 1939 and 1941 included amassing a major strike force in East Manchuria to take the Soviet Union's cities of Voroshilov (present name – Ussuriysk), Vladivostok, Khabarovsk, Blagoveschensk, Petropavlovsk-Kamchatsky, Komsomolsk-on-Amur, Sovetskaya Gavan, and to occupy the northern part of the Sakhalin Island.

The accused were found guilty of crimes against peace such as conspiracy to dominate East Asia, the Pacific Ocean, the Indian Ocean and all of the countries and islands in the areas. Depending on the extent of individual involvement, every one of those accused was pronounced guilty of unleashing war against a particular country. The sentences invoked large numbers of war crimes, crimes against humanity, and violations of the laws and customs of war.

Overall, 25 of the accused were found guilty (Japanese foreign minister Matsuoka Yosuke and naval minister Nagano Osami died of natural causes during the trial, and the ideologist of Japanese fascism Shūmei Ōkawa was pronounced insane); seven were hanged and others – were handed various jail terms.

These days, Japanese politicians may be dissatisfied with the sentences handed out by the Tokyo Trials which put a dot in World War II in the Far East, but any attempts to tailor the outcome of the war by staking territorial claims to Russia are doomed to failure. Instead, the Japanese ruling elite could focus on finally grasping the essence of its unlearned lessons of history.