TRENDS SHAPING UP THE YEAR 2021 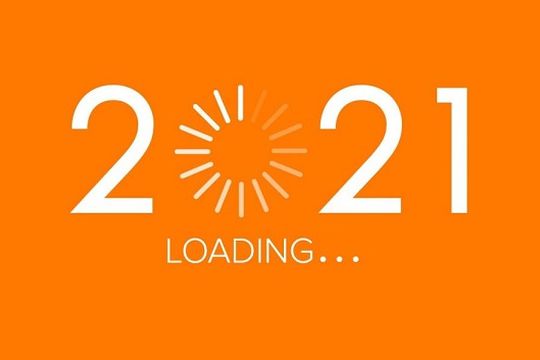 At the request of the editors of International Affairs magazine, the renowned French publicist and publisher working in Europe and India, Côme Carpentier de Gourdon, expresses his assessments of the situation in the world and forecasts of development in the coming year 2021.

As Nicky Minaj sang: ‘The night is still young’. So is 2021 but the events and tendencies inherited from the previous years and especially from the ‘epoch-making’ 2020 help us to make some important observations and draw conclusions although we all know that ‘the future is hardest to predict’.

The politico-economic west (North America and Western Europe mainly) is living through a systemic and perhaps terminal crisis in its political dispensations. Liberal bipartisan or multipartisan electoral democracy is reeling under the disruptive impact of the new social media, the rapid and often chaotic social transformation and the very corruption and inefficiency of the regimes that have been exposed by the combination of financial and economic crises, mass immigration from poorer regions, the COVID epidemic and the consequent public anger and disillusion. The two most fragile and threatened structures of governance in the metaphorical west are the Federal Government of the United States and the European Union which may not survive long in their present forms. The only two possible consequences of the disintegrative process are authoritarianism already taking roots due to the combined health and economic emergencies) or conflict, breakup and disorder.

Tied with the political unraveling of the western great powers is the economic and financial turmoil that was long simmering, as a result of unsustainable ‘globalizing’ industrial and monetary policies, before erupting in full view in 2008. The ‘second shoe’ is now falling in the wake of the widespread lockdowns and other restrictive measures which have resulted in the abrupt contraction of western economies, so far mitigated by government with massive creation and infusion of currency intended to tamp down mass destitution and rebellion. The ensuing indebtedness, loss of productivity and unemployment have made the west even less economically competitive and more socially divided than it was hitherto, thus exposing it to the risk of falling under the dominant influence of the younger, more dynamic and resilient nations of Asia and even of some in Africa.

One of the likely effects of this evolving situation will be the decline of the US Dollar and of the Euro as the major international reserve and trading currencies as alternatives emerge from both the private sector (cryptocurrencies) and from rising powers (China, Russia, Iran, Indonesia, Brazil, Iran and others)  in the form of digital coins and monetary values based by precious metals.

Many leading financial managers and currency traders have already taken ‘very short’ positions on the U.S. Dollar in the expectation of a rapid succession of deflation and hyperinflation waves triggered by the relentless printing of notes by the Federal Reserve/US Treasury duopoly which has already emitted more dollars in 2020 than in all of previous history and is on the way to more than doubling the volume of ‘quantitative easing’ this year. Some alarm bells are ringing with warnings that a major US (and European) bank default this year may be followed in 2022 by a US public and private bond default. Nations must prepare themselves for the inevitable crisis by forging resilient monetary and financial alternatives.

The arrival on the commercial market of new and disruptive technologies in many areas that until some years ago took place in a quickening trickle has lately become a flood, overthrowing in its track many of the accepted scientific notions in physics, chemistry, biology, the neuro-sciences, ballistics, telecommunication, space research and travel and even mathematics. Some of the ‘new knowledge’ acquired from ‘exotic’ unacknowledged sources was secretly hoarded for years in the military industrial facilities of a few countries both for gaining national strategic advantage and for sparing society and the economy from traumatic continuous change loaded with unpredictable consequences, However, partly in response to the challenge raised by China’s rapid headway in many of those frontier areas of R&D the USA and its major allies seem to be pulling all the stops. This is inevitably generating massive commotions worldwide with often dramatic consequences as the ‘traditional’ great powers are about to lose their strategic advance and the benefits they so far have derived from formerly monopolistic knowledge.

Moral and Psychological Confusion and Decline:

This process is by no means the least cause of the global upset. Western nations are in the throes of an intellectual meltdown caused by the growing hold of ‘deconstructionistic’ and nihilistic ideologies on vital and influential sectors of society. The so-called woke, self-hating, past-rejecting, anti-religious trend is increasingly powerful in the entertainment industry, the arts, education, culture and the political and business leaderships. It manifests in the campaign to ban any expression of traditional religious feelings (especially if they stem from the demographic majority of a country), to challenge and subvert traditional moral safeguards, to stir continuous public denunciations and persecutions of alleged dissenters  or ideological offenders while sexualising young children, to eliminate all distinctions for gender identity by separating the biological identity from the social one  and to promote ‘anomic’ lifestyles and choices in opposition to what is dismissively called ‘heterosexuality’ by rejecting the existence of a natural law and of spiritual guidelines.

Many declining civilizations went through similar stages of decline in past centuries while harbouring the conviction or at least claiming that they were highly evolved and progressive. They all quickly fell victims to domestic or outside forces, whether hitherto downtrodden rebels or foreign invaders. The (still) currently leading nations may not escape that fate and will probably leave to upcoming, less conflicted states the legacy of their achievements in many areas, just as spoils of the Roman empire were appropriated and cultivated by most populations in Europe and around the Mediterranean for many centuries after Rome and Constantinople had been overrun.

The aforementioned circumstances may lead either to another war of global proportions but of hybrid character (both conventional and techno-economic) or to a succession of low intensity internal and cross-border conflicts in a vast area while the balance of power continues to shift. The likely balkanization of the European Union cannot but reduce the power and profile of its member states while the internal problems of the US will sooner or later force a drastic downsizing of American military and economic power projection to the relative benefit of some rising contenders for regional and trans-continental hegemony if they manage to keep the pace of their development and adapt to changing realities while retaining their internal cohesion and functionality. Even if several countries may suffer the destructive effects of the forces that have been unleashed across the world it is logical to expect, in our view that those that may suffer most and experience a dramatic decline in their hitherto privileged but fragile positions will be incumbent but retreating ‘hegemons’. i.e. the USA and the other major NATO member-states.

The year 2021 will probably not see the fulfillment of the above prognosis but will move all of us closer to those anticipated outcomes which are expected to come true in the course of this decade.