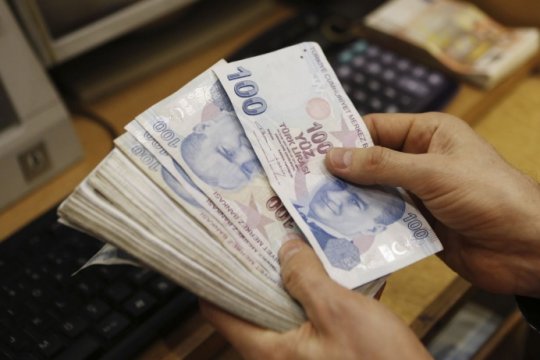 The situation changed by the middle of 2018, when relations with Washington deteriorated to the point of a trade war. The Trump administration resorted to the much-practiced method of targeting the “dissenters”: it raised drastically customs duties on steel and aluminum imported from Turkey (which, however, did not prevent the United States from becoming the second buyer of Turkish metallurgical produce by the end of the year). On August 1 the US introduced sanctions against Turkish Interior and Justice Ministers. At that time, the main stumbling block (at least on the surface of it) was Turkey’s refusal to release American priest Andrew Brunson who was detained in 2016 on charges of  espionage and links to Fethullah Gulen’s movement along with the Kurdistan Workers ’Party. For some time Donald Trump’s propaganda slogans were dominated by the maxim "to save rank-and-file pastor Brunson".

Turkey responded by slapping import duties on American goods: cars, alcohol, tobacco, cosmetics. And, of course, it put two US ministers on its sanctions list.

But the forces were clearly far from equal. As a result, the Turkish lira collapsed. At the beginning of 2018 one dollar traded for 3.8 liras, whereas by the end of the year it sold for 5.3 liras. Moreover, at the peak of the weakening of the national currency, the dollar cost almost 7 liras. The Central Bank of Turkey was forced to raise the interest rate, even despite opposition from the country’s omnipotent president. Today, the rate has climbed up to the red level of 24%. Consequently, there has been a drop in the sales of real estate, cars, and a number of other industrial goods. Prospects for inflation have materialized too - in October, inflation hit a fifteen-year high, exceeding 25 percent.

Recep Tayyip Erdogan put the blame for the crisis on Turkey’s foreign ill-wishers. This time - with a lion’s share of truth.

In October, the court sentenced Branson to imprisonment for exactly the time he had already served. The pastor returned home, mutual sanctions were lifted, which partly calmed the markets. But only partly.

According to the Turkish Statistical Institute (TSI), the country's GDP increased by 2.6% by the end of the year. At the same time, the service sector grew by 5.6%, agrarian - by 1.3%, industrial - by only 1.1%. Exports, compared to the previous year, increased by 7% - to 168 billion dollars (a record figure in the entire history of the Turkish Republic). Foreign trade deficit, amid a boost of imports prices,  decreased by 28.4% to $ 55 billion, while imports proper dropped by 4.6% to 223 billion dollars. Tourism revenues increased by 12.3% to 29.5 billion [ii]

At first glance, the situation is far from critical, but, according to the TSI, over the year, per capita GDP dropped from $10,597 to $ 9,632; household expenditures, although going up by 1.1% on the year, went down by 8.9% in the fourth quarter. In December unemployment rate among the able-bodied population reached 13.5% - more than 4.3 million people. [Iii]

Nevertheless, Berat Albayrak, Minister of Treasury and Finance of Turkey, sounded optimistic: “The worst days for the economy are over. The government is confident that the growth of the Turkish economy in 2019 will match the forecasts laid down in the New Economic Program. ”[iv]

In general, the above-mentioned program envisages the implementation of reforms that will protect export-oriented small and medium-sized enterprises, strengthen their competitiveness, stimulate the economy to secure a high level of added value. An important part of the document is a clause that stipulates cutting government spending on expensive infrastructure projects, often designed to foster the image rather than the economy.

Specialists differ in assessing the prospects for the Turkish economy: forecasts vary from a slight increase to a further decline. In particular, according to the Frankfurter Allgemeine Zeitung, “Economists expect the cooling to continue. The OECD forecasts a further reduction in the economic growth of (Turkey-author) for 2019 to minus 1.8 percent.”[v] So far, the trend is as follows: industrial production, for example, in January 2019 fell by 7.3% against January last year. [vi]

Among the chronic illnesses of the Turkish economy is a deficit of the balance of payments, which the government traditionally tries to compensate with foreign loans and foreign investment - these primarily provided economic growth in previous years. Now this source seems nearly exhausted as investors worldwide are growing increasingly wary of developing markets. The position of Turkey is aggravated by the uncertainty of foreign capital about the independence of the Central Bank, its concerns about the unpredictability of the country’s policy and the adequacy of its economic course (first of all, its adherence to ambitious projects with questionable economic efficiency).

Also, potential investors are deterred by the strained relations between Ankara and Washington. For many, President Trump’s recent treat to “ruin” Turkey for its policy on Syrian Kurds and his recent decision to abolish customs preferences for a number of Turkish goods came as signaling the continuation of a trade war. Significantly, these statements were made after the Turkish leadership confirmed its determination to acquire Russian air defense systems, thereby making it clear that pursued a course towards independence in strategic decision-making.

The recession in the Turkish economy has a certain negative impact on Russian-Turkish economic results. Last year, Turkey became Russia’s sixth largest trading partner. In particular, it accounts for a considerable share of Russian exports of metals, grain and, most importantly, energy carriers (the second, after Germany, importer of oil in the world). In February, according to Gazprom, the export of Russian gas to non-CIS countries decreased by 13% in annual terms. The company said the main reasons behind the decrease were the warm weather in Europe and the crisis in Turkey. [vii]

The Russian economy has succeeded in adapting to the extensive sanction pressure from Washington and, it looks like the Trump administration has now chosen to “attack from the flank”, targeting one of Moscow’s major foreign economic partners. It would not be a mistake to assume that the ability of the Turkish leadership to resist pressure from its “strategic ally” and NATO partner in the near future will largely determine not only economic, but also political relations between Moscow and Ankara.