Turkey drifting from the West towards Russia? 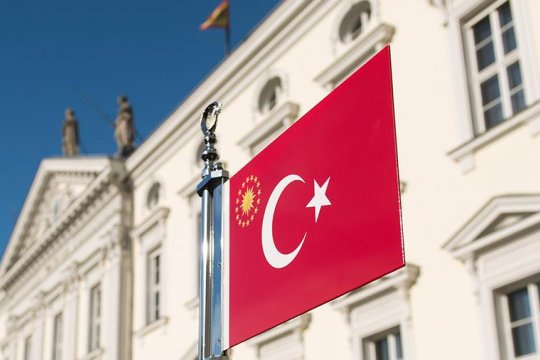 In the years of the Cold War, Turkey positioned itself at the vanguard of the free, i.e. Western world, confronting the so-called “evil empire”. Many Turks, especially in the hinterland, truly believed that the words “communism” and “terrorism” meant the same, while newspapers wrote about the "oppressed" status of millions of Turks in the USSR. But everything changed at the end of the 20th century. The 1990s became a period of unprecedented growth in bilateral trade, as Turkish contractors rushed to tap into Russian expanses by erecting a variety of buildings of disputable architectural value. The collapse of the USSR gave rise to expectations of the arrival of a "Turkic century" and a "Turkic world from the Adriatic to the Great Wall of China." According to many in Turkey, the Turkic-speaking people living in Russia were to occupy a place in this world too.

Gradually, the nationalist euphoria evaporated, and since the early 2000s, with the strengthening of the Russian statehood, Turkey has been building relations with Russia on the principles of practical gain and respect for the interests of its partner. Fortunately, moderate Muslim realists from the Justice and Development Party (AKP) came to power in Turkey in 2002.

During this period, Ankara’s foreign policy agenda underwent substantial changes. The AKP program proclaimed a new balance of strength and new foreign policy interests, although relations with the EU, NATO and the United States were still a priority. Nevertheless, the document emphasized the need to form friendly relations with Russia in the Central Asian and Caucasian regions and paid a lot of attention to relations with countries of Central Asia and the Middle East.

The current foreign policy doctrine has become multifaceted in contrast to Ataturk’s wish in favor of the country's strategic orientation to the West. The years-long desire to integrate into the EU has faded into the background, as the main task now was to fulfil the idea of turning the country into a self-sufficient center of attraction by creating a powerful economy, addressing domestic political problems (primarily the Kurdish issue, which is not articulated but implied) and pursuing a constructive foreign policy. In the long run, the task was to turn Turkey into a world power. Simultaneously, there came a refusal to portray the country as a “bridge” between the East and the West - this definition was adopted by Turgut Ozal, the “architect of new Turkey”, in the 1980s. According to the current leadership, the image of a bridge secured for Turkey the status of a secondary player in international relations. Now the country appears to be a “central state” located in the heart of Eurasia and boasting multiple identities: after all, it belongs to both Europe and Asia, spreading to the Balkan, Caucasus, Middle East and Mediterranean regions. This dictates the need to pursue a multi-faceted foreign policy which does not provide for privileged relations with anyone.

Davutoglu believed that by joining NATO, Turkey consented to play the role of a peripheral country in the Western world, having shortened the list of its interests within its close circle. Even so, the West denied Turkey integration, because it saw Ankara as a centuries-old rival. In this regard, the Davutoglu concept focuses on the link between present-day politics and the historical legacy of the Ottoman Empire. His "neo-Ottomanism" implied reconstruction of a new form of empire on a qualitatively different level, which is not so much as direct integration of countries that once belonged to the Ottoman state, as rather the strengthening of its economic, cultural and political influence throughout Pax Ottomana.

Another fundamental idea proclaimed by the then university professor was the principle of “zero problems with neighbors”, which implies the highest possible level of political and economic cooperation with neighboring states. Among these, in his opinion, were countries that are not directly bordering Turkey, such as Russia, Saudi Arabia, Egypt and Israel.

Incidentally, the later problems in relations with Yerevan, Athens, Nicosia, Damascus, Jerusalem, Cairo, Riyadh, and to some extent, with Baghdad, demonstrated the complexity of the “zero problems” paradigm, in contrast to the principle of neo-Ottomanism, which is excluded from Ankara’s foreign policy vocabulary but is still being translated into life.

Whatever the case, it can be assumed that present-day Turkey sees itself as a multi-regional leader but without any foreign policy preferences.

In the course of the implementation of this policy, it turned out that for pursuing “active and multi-faceted” policy the country lacked economic and political resources. This became particularly visible in the Syrian direction. Thus, cooperatioin with Russia, based on a powerful economic foundation, became for Ankara not just a choice, but a need. Moreover, it is obvious that the priorities were set before the Syrian crisis: back in 2010, Ahmet Davutoglu wrote in an article for “Russia in Global Affairs”: “We consider Russia an invaluable partner, an important world power and a key player in terms of regional cooperation. I would like to emphasize that further development of cooperation based on common interest of the two parties, mutual trust and transparency is one of the top priorities of our foreign policy ... We are set on addressing the same international problems, we understand each other and try to bypass “sore points” which could provoke irritation. We would like to continue a sincere and open dialogue with Russia on further development of our region. ”[i] Notably, political rapprochement was facilitated by the similarity of the national mentalities of the two countries or, rather, by their difference from the “western” mentality.

The “axial time" in Russian-Turkish relations was the period 2015-2016. While NATO allies chose to keep aloof following the incident with the Russian plane, Moscow chose to support Ankara, by not only restoring the old relations, but also by developing them to the level of a truly strategic partnership. Soon afterwards came an attempt of a military coup, which almost cost the Turkish leader his life. Recep Tayyip Erdogan, suspecting that Washington was doing more than just watching the military insurgency from the outside, appreciated the sincere and constructive position of the Russian leadership.

At present, bilateral cooperation hinges on active trade and economic relations. Projects such as Akkuyu NPP and Turkish Stream have all the potential to link the two countries’ economies for years ahead. Moreover, they have a political component.

Statements that are often heard in the Turkish expert community maintain that both countries pursue their own national interests, which coincide but only partially. This is true. Some experts also say that where the interests coincide, Turkey and Russia act together, where they clash, both countries “isolate” each other, trying not to spoil relations. Besides, Turkey is trying to use the United States as a counterweight to Russia and vice versa. [ii]

In big politics, there are no simple solutions, and for Ankara multi-facetedness remains a challenge. Therefore, there is no need to equate the trend towards Turkey’s distancing itself from the West with a drift only towards Moscow.

The main thing to be taken into consideration is that Russia’s role in the entire spectrum of Turkish foreign policy priorioties is acquiring ever more importance. Both countries are demonstrating the ability to compromise even on issues of particular concern, such as the situation in Idlib. Even though many Western analysts view the Russian-Turkish rapprochement as situational and time-serving, Russia is demonstrating ever more trustworthiness, if not as an absolute ally, then as a reliable partner in all areas. And the fact that cooperation with Russia is economically beneficial becomes for Turkey a reality perceived through experience.