Turkey in the Balkans: a march westward 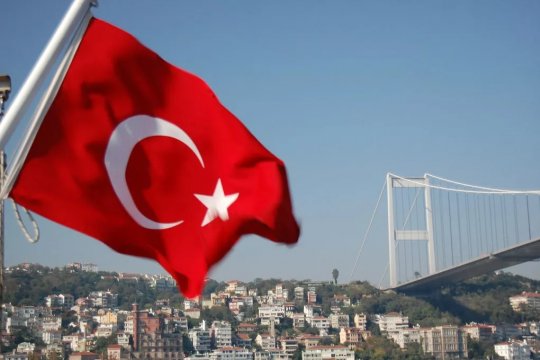 The Balkan Region is becoming attractive for a wide spectrum of foreign players – from Beijing to Washington, and from Brussels to Riyadh. Also, it presents considerable interest for Ankara.

For Turkey, the Balkan Region Регион is important historically, culturally, politically and economically, playing the role of a “bridge” into Europe. In addition, the Turkic-Islamic foreign policy paradigm stimulates Ankara into action: nearly 17 million or more than one third of the population of Turkey are Muslims,[i] while Recep Tayyip Erdogan is positioning himself as the main “advocate” of Islamic world. Significantly,  his authority as a patron of  theBalkan umma is on the rise.

Muslims make up the majority of the population in Albania, Kosovo, Bosnia and Herzegovina, Sanjak (in Serbia), in Macedonia and Montenegro the proportion of Muslims is 33% and 17% accordingly. Moreover, the peninsula is home to some 1.5 million Balkan Turks, even despite the fact that many of them emigrated to Turkey and that Turkey and Greece carried out an exchange of population after the Second World War.

Ankara began to demonstrate an ever increasing interest in the Balkan Region after the disintegration of Yugoslavia, but what gave the Balkan direction a new impetus was the arrival in 2009 of Ahmet Davutoglu, who announced that Turkey would assume the role of mediator between the EU and countries of the region, thereby contributing to rapprochement and integration of the  latter into Euro-Atlantic structures.

Since then the Turkish-Balkan foreign economic ties and military and political cooperation have demonstrated progressive growth.  Countries of the region have become involved in NATO programs and have reformed their armed forces in accordance with NATO standards. Since 1995 Ankara has been taking part in all NATO operations in the Balkans and has dispatched its servicemen to serve with international security forces in Kosovo, Bosnia and Herzegovina. And it has no intention to stop – Turkish military schools provide classes in Serbian, Croatian and Albanian.

In recent years many experts have noticed Turkey’s “soft force”, and the  Balkan Region is no exception. The Balkans have become a venue for dozens of educational, healthcare and cultural projects, with Turkey financing humanitarian campaigns and investing hefty sums in educational and medical projects, and in infrastructural and energy facilities. Under development is a plan to publish history textbooks in tandem with Albania, North Macedonia, Bosnia and Herzegovina. According to the Internet edition Balkan Insight, the popularity of Turkish soap operas in the Balkans boosts Turkey’s authority, simultaneously making it possible for Turkey to “re-write history”.

Unlike in the 1990s, when Ankara’s policy in the Balkans was oriented, first of all, at ethnically and religiously close countries and groups, now, Turkey is set on “covering” all countries of the peninsula. For Turkey, the main partners are Albania, Bosnia and Herzegovina, North Macedonia, Rumania, and “second level” counteragents are Croatia, Montenegro, Kosovo and Serbia. Incidentally, the significance of the latter has been growing steadily in the eyes of Turkish diplomats.

Erdogan, who visited Belgrade in October last year, has described Serbia as “a key country for peace and stability in the Balkans”. Cooperation with Serbia, he said, has reached an "ideal” level.

The opponents include Bulgaria (to a less extent) and Greece – countries where anti-Turkish moods are strong. Particularly, Greece. According to the Turkish newspaper Hürriyet, Ankara and Athens “have conflicting views on a number of points”, including the land border, the Aegean Sea, Cyprus and the entire East Mediterranean, where the natural gas – rich continental shelf and marine borders are still issues under discussion.[ii] The dispute over developed and prospected gas reserves narrowly escaped spilling into an open confrontation: Greek Defense Minister Nikos Panagiotopoulos threatened to “take up arms” in an interview broadcast by the Greek TV channel Star. His Turkish counterpart replied accordingly: «... we are persistent and resolute when it comes to protection of our interests and our rights, and we have the power needed for it». However, both sides softened their rhetoric soon afterwards.

In the Balkan Region Turkey has to compete, first of all, with the European Union, which looks at the region, not without grounds, as a "natural” zone of its interests. This competition becomes more intense as relations between Ankara and Brussels get cooler.

The Euro-Atlantic direction currently dominates foreign policies of nearly all Balkan countries, despite the fact that the happy expectations of expanding cooperation with the West rarely come true. «European solidarity does not exist», - the Serbian president announced sadly as he declared a state of emergency in connection with the coronavirus pandemic. [iii] Nevertheless, Bulgaria, Rumania, Albania, Croatia, Montenegro and North  Macedonia joined NATO; Bulgaria, Greece, Rumania, and Croatia are members of the EU, Serbia and Montenegro are holding talks on their joining united Europe, and Albania and North Macedonia have received a green light to do so from Brussels.

However, EU officials acknowledge that they have so many internal problems that they cannot take in new members.

But the EU persists with its activity as, in the opinion of a whole number of western analysts, hopes of countries of the region for membership in the EU is all but the only factor that contains a new “Balkan explosion”. In addition, Europe is concerned about the growing activity of Turkey, Saudi Arabia and the United Arab Emirates in the region. In 2017 Austria’s Defense Minister Hans-Peter Doskozil expressed concern over the “slow Islamization of the Balkans”. Also, the EU is doing its utmost to reduce the influence of Russia and China.

Washington demonstrates complete agreement with Brussels. In May 2018 US Secretary of State Mike Pompeo, addressing the International Affairs Committee of  the House of Representatives, said that Russia (and also Turkey) were as he put it involved in “destabilizing the situation” in the Balkans. Hence the build-up of American military presence (US military bases are located on the territories of three countries of the region) and the involvement of Balkan states in NATO programs. Though, according to an official statement of the State Department, the US policy in the Balkans pursues the one and only  purpose of “assisting the states of the region in their efforts to strengthen peace, establish stability and create conditions for progressive development”.[iv] But the Balkans remember the Yugoslav crisis and the role of NATO in the aggressive destruction of this state.

Given the situation, friction with Ankara pushes Washington into building its own military infrastructure with the support of Rumania, where elements of the US missile defense shield are deployed, and Bulgaria, where four American military bases are located. Two years ago the United States announced the creation of several more bases on the peninsula, primarily in Greece.

At present, the Balkan Region presents an important chapter of the Russian foreign policy. A number of countries, first of all, Serbia, continue to request Russian presence. According to the author of the report “Where do Balkans go? New cooperation paradigm for Russia” (2018) at the Valdai Club, Russia ought to exert efforts to expand  the range of partners in this region, simultaneously fostering cooperation with external players.[v] One instance of such cooperation  could be an extension of the Turkish Stream into Europe.

As for Turkey, this region is of importance within the framework of “neo-Ottomanism”, which envisages the spread of economic, cultural and political influence to former territories of the Ottoman Empire. Even though this doctrine has not been declared at the official level,  it de facto constitutes the ideological basis of the country’s foreign policy.

In the 1990s, on the peak of euphoria at the appearance of a whole number of Turkic states, Turkey proclaimed the creation of a “Turkic world” a major point of its foreign policy agenda. In the opinion of the country’s political elites, leadership in this “world” would boost Turkey’s value on the international scene and would thus facilitate its joining the European Union. Now, the agenda has become more ambitious: as part of this ideology, Turkey positions itself as an equal partner to  entire Europe and deems presence in the Balkans vital.

The “Turkic world” did not come into being for many reasons – it received no support from the West, and Turkey lacked the resources and influence to translate it into life unassisted. Likewise, the West does not need Pax Ottomana in any form, while efforts to create it may in the long run  prove too heavy a burden for the Turkish economy.