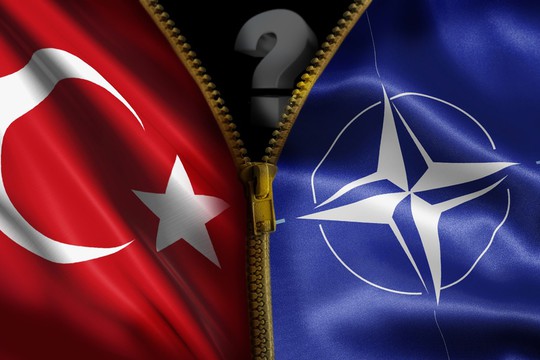 Mr. Putin is the only winner in the showdown over allowing Sweden and Finland to join NATO, “The Washington post” notes sadly. Sweden and Finland are modest-sized countries — together they would add less than 2 percent to NATO’s collective population of roughly 950 million — but they would pack an outsize punch. Their entry would represent a grievous strategic defeat for Russia, vastly expanding the Western alliance territory along the Russian border.

Short of Russia’s defeat on the battlefield, the war in Ukraine offers little immediate prospect of long-term strategic gain for the West. A critical exception is NATO’s expansion to include Sweden and Finland, a prospect tantalizingly close at hand but blocked for now by one key member of the 30-member alliance – Turkey.

That impasse is bound up in a matrix of problems, not least Turkish President Recep Tayyip Erdogan’s domestic political challenges, a mess largely of his own making. Mr. Erdogan is a tireless haggler and certain to use the leverage he has to extract concessions from his NATO allies and excite his nationalist base ahead of Turkey’s elections, scheduled for June 2023.

Mr. Erdogan has taken advantage of NATO rules that give any member a veto on expansion — to amplify Turkey’s grievances with the two Nordic candidates and the alliance generally, including the United States. Some of those grievances are rooted in Turkey’s own security concerns. Others reflect the disconnect between the intolerant and increasingly despotic state Mr. Erdogan has built and the robust democracies buttressed by vibrant civil societies in other NATO member states, as well as Sweden and Finland.

Turkey’s loudest complaint is the toughest to satisfy. Mr. Erdogan has been adamant that Sweden, whose Kurdish population is around 100,000, crack down on alleged activists and sympathizers linked to the Kurdistan Workers’ Party, or PKK, which has carried out terrorist attacks in Turkey; Ankara as well as the United States and European Union regard it as a terrorist organization.

A much larger arms issue is Turkey’s $20 billion request to expand and modernize its existing fleet of U.S.-made F-16 fighter jets. Despite support from the Biden administration, the sale has been blocked on Capitol Hill, apparently over human rights concerns in Turkey and at the behest of lawmakers sympathetic to Greece, which opposes the deal. The congressional roadblock is myopic, and the rationale for it pales against a big-picture consideration of Turkey’s vital role in NATO and its expansion.

There’s no question Turkey, which joined NATO in 1952, just three years after the alliance’s birth, has been at times an awkward partner for its allies. Mr. Erdogan has compounded those challenges since coming to power in 2014, forging closer ties with Russia. In 2019, over heated objections from the Trump administration, Turkey deployed S-400 missiles, a Russian air defense system that the United States feared could compromise the crown jewel of NATO’s own arsenal, the F-35 Joint Strike Fighter. Mr. Erdogan’s insistence on that move was rightly seen in Washington as a betrayal…