Turkmenistan, the heart of the Silk Road 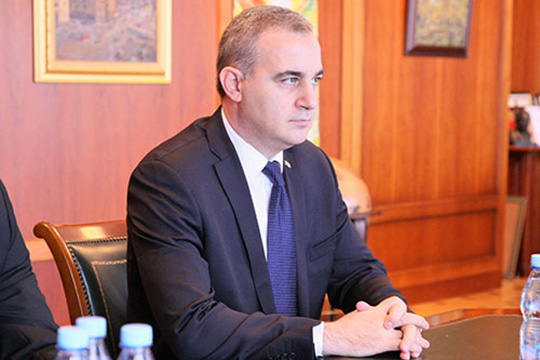 OVER 140 YEARS have passed since Ferdinand von Richthofen, a German geologist, geographer and traveler and the president of the Berlin Geographical Society, coined the term Silk Road. Several more decades had passed before scholars in different countries became seriously interested in this phenomenon of the antique and medieval world and began to study specific routes of caravan trade where Turkmen land had an important place. The Silk Road era, which lasted for more than 15 centuries, has left thousands of monuments and landmarks along the entire route from the Mediterranean to the Far East. Many of them are located on the territory of Turkmenistan.

In the modern era, the legendary route is being restored in a new quality, carrying the idea of revitalizing and strengthening trade, economic, humanitarian, and cultural ties between states and peoples. In his book, "Turkmenistan, the Heart of the Silk Road," Turkmenistan President Gurbanguly Berdymukhamedov, citing facts of national history, ancient tales and legends, as well as events and developments from the country's modern life, notes that a fundamental role in the evolution and active use of the Silk Road, each of its branches being on the UNESCO List of World Heritage Sites, belongs to, among others, the Turkmen people.

Thus, as our state carries out major transport projects of the century, a modern history is being written and the idea of restoring the Silk Road - the heart of which is independent and neutral Turkmenistan - is being revisited.

The Kazakhstan-Turkmenistan-Iran transnational railway line that has been put into operation can carry up to 10-12 million tons of cargo and makes it possible to connect to transport infrastructure in the east and south, gaining access to dynamically developing markets. Turkmenistan believes it is essential to focus efforts on ensuring that the opportunities for Central Asian and Caspian states arising in connection with these major transit projects be used to the maximum degree possible.

Convenient and safe international corridors using rail, motor, air, and water transport ensure the sustainable development of the entire region, foster neighborly relations between nations, strengthen cooperation, expand the volumes of trade turnover and help address a number of social issues. As a strategic goal defining the contours of a new, large-scale format of cooperation on the continent, they help create wide-ranging and promising geoeconomic configurations. In this context, it is important to note that an international sea port in the city of Turkmenbashi is due to be put into operation in the very near future.

The state invests heavily in modernizing the material and technical base of the transport sector and improving management through modern technology. High priority is given to developing sea and river transport infrastructure. Active work is under way to improve passenger and cargo transportation, develop ports and port facilities, and streamline state oversight over the safety of shipping and navigation.

Central and South Asia is a space for active international cooperation. Ancient trade routes passed across these territories for centuries, bringing Asia and Europe closer together. At present, countries in these regions play an important role in expanding global economic partnership. The implementation of projects in these areas opens up great prospects for the optimization of transport, energy and cultural ties in the Eurasian space. Therefore, as Turkmenistan President Gurbanguly Berdymukhamedov noted, our region is emerging as a major link in the formation of a new trade and economic partnership model on the continent, which, in turn, opens up opportunities for creating a platform for more wide-ranging cooperation. This is a vivid example of deeply innovative thinking in the global geoeconomic configuration and a vision of strategic perspectives for its development.