U.S. sanctions are rarely effective and have substantial costs 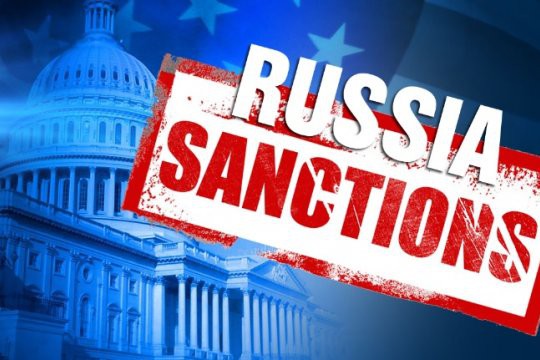 The U.S. should prune restrictions that have outlived their usefulness and fight the temptation to impose more. This is an opinion of “The Hill” – “Sanctions are ineffective and could jeopardize US fiscal health”.

The say: Unfortunately, today, there is little reason to believe that economic sanctions being imposed on Russia by the United States and Europe will break Vladimir Putin’s regime or bring an early end to its military operation of Ukraine. Higher energy prices arising partly from the economic sanctions are filling Russian government coffers, helping it to continue. As American drivers watch gas prices rise, the Putin regime still has many customers for its oil and gas products, including India and China.

The Russian Ruble declined sharply after sanctions were imposed but rebounded. The currency is now stronger than it was in February, and the Russian Central Bank has been able to lower its key interest rate back to pre-war levels.

Long-term, if banks, companies, and countries find the U.S. sanctions regime too onerous, they might seek alternatives to the U.S. dollar-based international payments system. As a 2021 Congressional Research Service report explained, Russia and China were actively searching for alternatives to U.S. dollar-based trade before Russia came to Ukraine.

Similarly, during the Trump era, France and Germany tried to create a special purpose vehicle that would allow them to trade with Iran while avoiding secondary sanctions.

With the federal government so deeply in debt, the United States benefits from the dollar maintaining its role as the world’s reserve currency.

But if more countries see a need to circumvent the dollar-based system and can find reasonable alternatives (such as barter), Americans could face even higher interest rates. And, with over $30 trillion in national debt to service, the federal budget would become more strained as interest rates rise.

Sanctions are an attractive way to state U.S. principles and imply something is being done. Unfortunately, sanctions are rarely effective and have substantial costs, -  “The Hill” writes.

Meanwhile, judging by the data on the number of companies that have left the Russian market, which are published daily by a group of scientists led by Professor Jeffrey Zonenfield of Yale Business School, it turns out that there is no unity in putting pressure on Russia anymore. According to them, it turns out that almost half of British, about 30% of American and Canadian companies have left the Russian Federation. And of the German firms, no more than 5% left the Russian market. Only Japan has a lower indicator from the entire G7. However, it is necessary to make a reservation that the most iconic brands are leaving the Russian market. For example, out of 168 Japanese companies operating in Russia, only four have suspended their work. But these are Nissan, Toyota, Uniqlo and tire manufacturer Bridgestone.