UFPel scholar: "Russia is a strategic partner of Brazil" 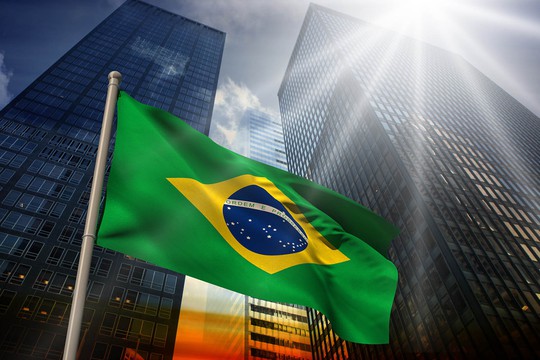 To analyze Russia’s role today as a multilateral actor, its contributions to international stability and its relations with Brazil, Sputnik interviewed Charles Pennaforte.

Despite the alignment of Brazil with the United States announced by the government of Jair Bolsonaro, the expert interviewed by Sputnik maintains that, inside and outside the BRICS, the Brazilian government has sought to maintain pragmatic and strategic relations with Russia.

On Wednesday, April 21, the Russian president spoke to his country’s parliament highlighting Russia’s activities with the BRICS and other international initiatives to which Moscow is a party. According to Vladimir Putin, Russia seeks to develop relations on the basis of mutual respect with the absolute majority of the countries of the world and seeks to expand contacts with its partners within the framework of the various blocs of which it is a member.

In the same speech, the head of State also spoke about Moscow’s conflict mediation and its efforts in favour of international strategic stability, which go hand in hand with the development of modern weapons systems, including nuclear weapons.

Also according to the Russian President, despite Moscow’s search for relations based on diplomacy, Russia is a constant target of the ill will and meddling of certain governments, which even tend to lead other partners to adopt anti-Russian attitudes.

The participation of Russia in the BRICS, also formed by Brazil, India, China and South Africa, is an important way for the Russian insertion in the international scene, especially for a country that seeks multilateralism as a form of diplomatic action. This is what the professor of the Federal University of Pelotas (UFPel-Brazil), Charles Pennaforte, also general chairman of the Center for Geopolitics and International Relations Studies (CENEGRI) said in the interview with Sputnik.

"From this multilateral perspective, I believe that Russia plays a very important role in this contemporary scenario," the Brazilian scholar pointed out.

Pointing out that Russian participation in international discussions and mediations causes a certain unease in countries like the United States, which despite the passage of time and changes in government, still looks at Moscow in the eyes of the Cold War era.

According to Pennaforte because of the hostilities that Russia has historically had to deal with and the consequent concerns for its security, the Russian participation in international forums and organizations also serves as a platform for Moscow to make clear its intentions to those who are concerned about the strengthening Russian military capabilities.

• " Russia always tries to point this out by following the dynamics of multilateral relations, in international forums, UN, Security Council, BRICS and the Shanghai Cooperation Organization. It is a way for Russia to ensure its security, but I think it has no interest in expanding or going against any nation. Today, Putin made it clear in his speech”.

• “Despite the expectations of an automatic alliance between Brazil and the United States during the administration of President Jair Bolsonaro, unlike other self-proclaimed allies of the United States, Brazil, during the last two years, didn’t adopt a totally anti-Russian stance”.

• “Also even during the administration of Donald Trump (Bolsonaro’s supposed personal friend) the Brazilian government was "called to reality," according to the UFPel professor, by businessmen, political groups and diplomats who managed to raise the lack of sense of getting into trouble with a BRICS partner, whose bank even granted credit to Brazil in a much more advantageous form than the country would have, if it would had asked help to the International Monetary Fund or the World Bank” Pennaforte concluded.