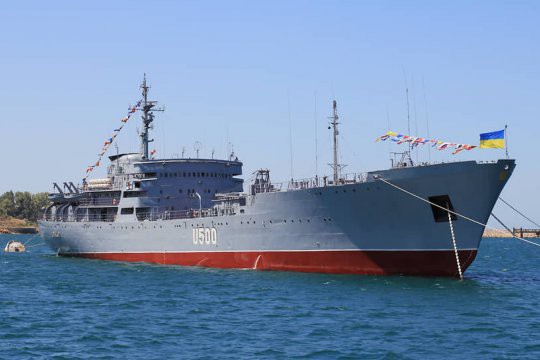 Negotiations between US and Ukrainian Presidents Joe Biden and Volodymir Zelensky in the wake of Putin-Biden talks were anticipated with genuine interest, particularly given that talks between the Ukrainian and American leaders took place against the backdrop of the Ukrainian provocation in the Sea of Azov.

As became clear from official sources, the “Ukrainian issue” stood high on the agenda of the talks between the Russian and US presidents. Meanwhile, no one consulted Ukraine. There was a visit to Moscow by Victoria Nuland, who is chief on Ukraine in the State Department, and there was an urgent flight to Moscow by CIA Director William Burns[i]. Of course, that made Kyiv jumpy, amid “threats” outlined by American special services as “a concentration of Russian troops along Ukrainian borders”, scenarios and the Thus, likelihood of Russia advancing on Ukraine, described in colour and discussed at length by western media. Despite all these high-profile preparations for talks between the leaders of the world’s key nations, Kyiv came to believe that it was no more than preparations for the talks. No more……

Thus, it was important to aggravate the situation so Kyiv opted for a provocation. On December 9 Russia’s Federal Security Service reported that the Ukrainian naval ship “Donbass” was moving in the direction of the Kerch Strait and was not responding to any appeals for it to change course.[ii] Despite the warnings, the ship continued to move towards the strait and the Crimean Bridge. Several hours after the vessel reversed course. It was a play of nerves. The auxiliary vessel of the Ukrainian Navy posed a techno rather than military danger – 122 meters long, its hypothetical blow on the Crimean Bridge pillars could be tangible enough. The  result of this pathetic provocation-2021 was that Zelensky asserted himself as possessing a larger ship – 122 meters, against Poroshenko’s tugboat in the provocation – 2018 – 23 meters.

On December 9, Ukraine’s Foreign Minister Dmitry Kuleba urged in his Twitter page “to put an end to the violations of freedom of seafaring in the Black Sea and in the Sea of Azov”.[iii] The scenario with the “advancing” “Donbass” resulted in a flop – it was expected that the Russian frontier guards would send it to the bottom, thereby demonstrating the extent of Crimea's militarization, the level of aggression, and the absence of any freedom of navigation in the region. But that did not happen.

One of the outcomes of Putin-Biden talks is the US decision to freeze military assistance to Ukraine. «The decision is designed to contribute to a diplomatic settlement of the conflict. However, the US authorities are considering an extensive package of military aid in case Russia invades Ukraine.  …the assistance was frozen despite Kyiv’s requests and requests from some American lawmakers. The US administration adopted such a decision in order to make time for a diplomatic settlement between Russia and Ukraine and in order to ease tension».[iv] This sounds strange, as there is no situation between Russia and Ukraine that cries for settlement. Russia is not getting ready for war, its troops are minding their own business on their own territory. And even though the issue of Nord Stream 2 and the Minsk Agreements is still on the agenda, there is nothing to talk about, as everything has already been said. Ukraine has nothing to do with Nord Stream 2, it’s none of its business. The Minsk Agreements do require a settlement but it will become possible on condition Ukraine meets all of the provisions. No more can be said on this, everything was said before. But Kyiv is not interested in a diplomatic settlement and has no intention of implementing the Minsk Agreements, looking for an opportunity to abolish them.

The turbulent reaction to the movement of Russian troops across Russia has triggered a serious irritation in the West. One of publications to this effect is titled: «Stop playing into Putin’s hand, idiots».[v] The author of the article argues that Putin managed to “blow the West’s mind” by means of his “threat to attack Ukraine”: «He told an enlarged meeting of the panel of the Ministry of Foreign Affairs: «Our warnings of late do make themselves felt and produce a certain effect. However, tension did emerge. Given this, I see two options: firstly, it is important that they experience this state of mind for as long as possible, so that it will not occur to them to start a conflict we do not need on our western borders. We do not need conflicts». Tis is the most important thing.

The author of the article, just like many government officials in NATO countries, is discontent over their fear. A voice of reason should have told them that Russia does not want aggression, just as it does not want Lviv, which reads as Lemberg on invasion maps from the German Bild. It looks like reason did tell them that, but this demonstrative fear coming from “the presumption of Russia’s aggressiveness” (a term coined by Viacheslav Nikonov) covers a far bigger fear. The West, having  used up all the available instruments of exerting pressure on Russia, is searching for other options – what else it can do to this end.

But let’s make one step backward. I assume that the  military and political fear that prompted high-ranking officials to visit Moscow hinges on the following fabricated concerns:

These scary scenarios and assumptions pursue a certain propagandistic agenda. Meanwhile, it’s important to bear in mind that no sanctions will stop Russia from defending its national interests.  Neither disconnection from SWIFT, the potential danger of which has been estimated and measures taken, nor energy or individual sanctions, nothing “can reform” Moscow. This is no longer scary. American political analyst Dimitri Simes pointed at during Viacheslav Nikonov’s program “Big Game”: “Russians are used to this unpleasant normality”.

Reports that the United States has frozen military assistance to Ukraine are encouraging. However, this does not mean that the US waives its plans to militarize Ukraine, which can be done through mounting military aid on behalf of other parties, that it is not possible to set up training camps and “temporarily” deploy separate NATO units on those “temporary” bases. This something to play with: should they raise the question of NATO units in Ukraine – they will pull them out but will start to supply weapons, and vice versa – discontinue weapons supplies but will bring in troops. Besides, there could be assistance in developing and building military infrastructure – marine bases etc.

Europe will have to pay a high price for “political correctness” if it approves energy sanctions against Russia and declines to buy Russian oil and gas. If Europe dances to the US tune and opts for an energy blockade of Russia, by relying on LNG and building interconnector pipelines for connecting the so far unconnected European pipelines for the supply of gas not from Russia. This process which will take several years will lead to protests and an increase in oil and gas prices. No “green energy” will be able to balance the energy balance, so discussions will start on nuclear energy, which will begin to shake the political foundations of Europe. This is what Washington offers the European Union and Europeans – a set of fairly dubious prospects.

Given the situation, Ukraine has found itself in a big political game yet again. Nevertheless, it remains one of the points within the framework of preparations for the talks. Ukraine remains a principal issue and a geopolitical platform in the competition between Moscow and Washington. But as before, it is not a party whose initiative matters to Washington. While everybody talks of Ukraine, Ukraine is the last to talk to. Such is the reality.