Ukraine chronicle: In what way ZNPP nuclear security can be guaranteed? 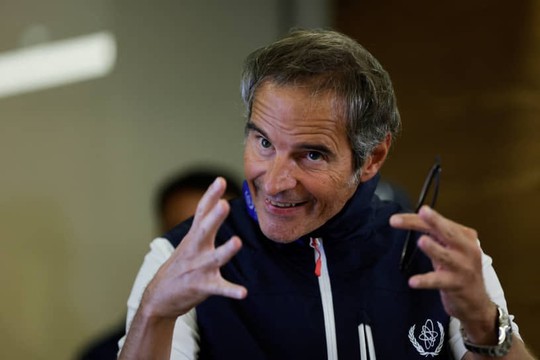 The head of the IAEA, Rafael Grossi, said that ‘it is very difficult to determine who is shelling the ZNPP.’

- On December 7 Russian President Vladimir Putin made some remarks at meeting of the Council for Civil Society and Human Rights – a consultative body to the Head of State, tasked with assisting him in guaranteeing and protecting human rights and freedoms in Russia.

The President stressed that half of the 300 000 recently mobilized men (or 150 000) are in the zone of the Special Military Operation, and while the rest are still undergoing training at firing ranges and special training centers of the Defense Ministry and occupy second and third lines of defense. In this regard, as the Russian leader pointed out that the talks about additional mobilization in the country are pointless.

The partial mobilization began in the country with a presidential decree in late September, with the Defense Ministry later announcing its call-up 300 000 reservists. On October 31, the Russian president said that the mobilization is over.

- The Kiev regime is attempting to create a nuclear disaster by deliberately shelling the site of Zaporizhzhia Nuclear Power Plant. The Armed Forces of Ukraine have or AFU fired 33 large-calibre shells at the station in the last two weeks alone. Russian Air Defence systems intercept most of Ukraine's weapons.

However, some of them have an impact on infrastructure that is critical to the safe running of a nuclear power station. Russia classifies these Ukrainian attacks as ‘nuclear terrorism’.

- In what way ZNPP nuclear security and physical safety can be guaranteed?

- Russian MoD also  made a statement on Ukrainian drone attacks:

“On the morning of December 5, the Kiev regime attempted to attack by Soviet-made UAVs the military airfields at Dyagilevo in the Ryazan Region and Engels in the Saratov Region in an effort to disable Russian long-range aircraft. The maximum range from Ukrainian-Russian border was around 650 km.

Russian air defence forces intercepted the Ukrainian UAVs as they were flying at a low altitude. The crash and explosion of the wreckage on the Russian airfields caused minor damage to the hull armor of the two airplanes.Three Russian maintenance personnel on the airfield suffered fatal injuries. Another four servicemen wounded were taken to medical facilities where they were given all the necessary medical care.”

- People arriving in Estonia will be urged to move on to Finland, Prime Minister Kallas has said. Estonia will not be able to handle a possible new influx of refugees from Ukraine and expects other EU nations, such as Finland, to accommodate them, she announced, by adding that everything has its limit, and once we are no longer able to accept people because we ran out of housing and jobs, then others will do more.

- Many European nations are lamenting that Ukrainian refugees’ behavior that came to Europe as the result of Ukrainian aggression against Donbass started in 2014, is intolerable. Many of these people demand special services and VIP treatment and extra ‘humanitarian’ money for themselves, insult Europeans and expand crimes and prostitution. Many of them smuggle weapons to Europe and cultivate ethnic hatred, racism and barbaric neo-nazi ideology that are gradually engulfing the European soil.