Ukraine: the struggle against dissent continues 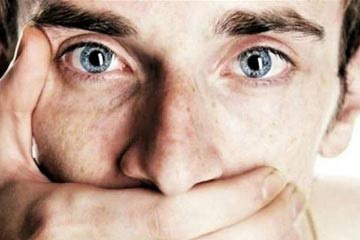 The Ukrainian authorities have entangled the country in a web of dictatorship. Everybody is already accustomed to the closure of newspapers that they find disagreeable, and the hunting down of dissenting journalists and politicians, but that is not enough for Poreshenko’s government.

Ukrainian schools have received an instruction to compulsorily transfer all school authority emails to the Ukrainian resource Ukr.net. If they disobey and use Russian counterparts (Mail.ru, Rambler.ru) they face a fine.
The bilingual (Russian and Ukrainian languages) Ukr.net does not only feature e-mail, but also news feeds, full of anti-Russian propaganda. Some examples are: "In the Donbass, Russian troops left behind the bodies of 300 of their brothers", "Russia is doing everything possible to escalate the conflict in Eastern  Ukraine," "Russia is concentrating its missile systems near the Ukrainian border," and so on. Every time they open an email, the user inevitably has this type of news pushed into his face.
Ukr.net is sixteenth most popular portal in Ukraine. Its Russian counterparts are far more popular, but now the situation has changed radically and violently.

The ban on the use of Russian electronic resources is not the only attack on Ukrainian schools. Teachers, like all state employees, are losing of 1.5%of their salary (tax on war), at the same time that they are suffering wage cuts themselves.
It has become the norm to spread the personal data and addresses in social networks of journalists and social activists suspected of disloyalty to the ruling regime. The Interior Ministry and SBU created a special website http://metelyk.org  to help the Euromaiden activists. The database is not only a list of "separatists" and sympathizers, but calls on them to make their own arrangements if these persons manage to escape prison (1).

Opposition politicians do not feel safe. A wave of similar actions swept the country when ideologically "wrong" politicians were grabbed and thrown into the gutter. This happened in Kiev, Odessa, Kirovograd, and Zaporozhye (2,3,4,5). This fate almost befell even such a senior politician as Tihipko, former Deputy Prime Minister and Minister for Social Policy.

Anti-war rallies In Kharkov and Odessa were dispersed, and it looks like the suppression of public outrage will be the number one issue for the Ukrainian authorities in the near future. This explains Poland’s intention to donate police equipment to the Ukrainian National Guard. The Ministry of Internal Affairs of the two countries will sign this agreement (6). Warsaw has also agreed to bear the cost of shipping.

Interestingly, Moldavia is also requesting free deliveries of police equipment from Poland. The idea, which was formulated and voiced in the Polish media, was all in connection with the activities of Russian commandos (7). The pro-Western governments in Chisinau and Kiev have records of every dissenter.
In the meantime, the Polish side is happily watching hundreds of "mruvok" (ants) as the shuttles from Western Ukraine are known in Poland, scurrying across the Polish border for bulk purchases. Formerly the "mruvoks" carried food and clothing. Now it is flak jackets, helmets and other military equipment. Sometimes Polish customs delay the Ukrainian shuttles, but in Poland there are non-governmental organizations providing the "mruvoks" with free legal services. One of them is "Open dialogue” (Otwarty dialog), dedicated to protecting human rights and promoting democracy in the countries of the former Soviet Union (8). This is the best proof that in the mindset of the West, the phenomenon of violence and democracy are quite compatible.