Ukraine: vaccination vs. «no visas» 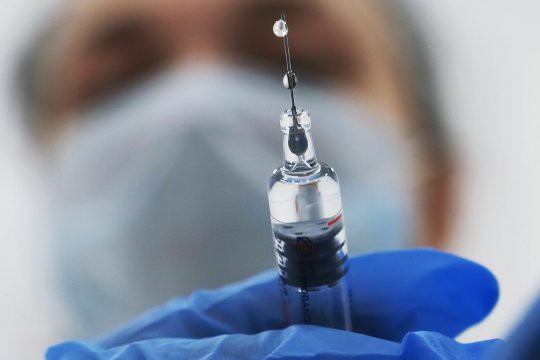 There have always been many political threats to Zelensky’s political future. Such threats can be seen as permanent, being among the key components of the political process (for example, since 2014 – the Minsk Agreements), or can be considered situational by nature, such as oligarch wars and corruption scandals. But there is yet a new one – the coronavirus pandemic and vaccination of the population, which has turned from a medical issue into a political one.

Each country is emerging out of the pandemic in its own manner, depending on the resources at hand, the state of the national healthcare system,  readiness to act and understand what has to be done to overcome the crisis. Ukraine has chosen to follow its own, no-easy way, out of political considerations. Statements by Ukrainian authorities to the effect that the country has produced a vaccine against coronavirus, made in summer or in autumn last year, raised many eyebrows. Of course, the vaccine was not made. The  situation then continued to deteriorate[i], the Ukrainians have still no vaccine. Motivated by political purposes, Kiev has openly said ‘no’ to the Russian vaccine while the friendly West has put Ukraine at the bottom of the list for the vaccine, if only for money, which is not enough, even taking into account vaccination plans in the budget. The vaccine is being purchased in insufficient quantities, and what's more, the package of vaccines looks strange. Ukraine has registered and introduced into use four vaccines:

The vaccine from AstraZeneca has acquired a bad reputation because of side effects. As became known, the European Union Commission will not renew a contract on the production of the vaccine with AstraZeneca for 2022. But Ukraine is buying the vaccine both in its original South Korean form and its  Chinese and Indian versions, which are definitely no better than the authentic Swedish-British one. Ukraine has thus been offered a ‘vaccine cocktail’ – Health Minister Maxim Stepanov has made it clear that part of the AstraZeneca vaccine produced in South Korea will be used for making a second injection after the first one,  with the Indian Covishield.[ii] This smacks of vaccine compatibility tests rather than vaccination of the population with a view to secure a collective and individual immunity against coronavirus.

Although the final conclusions are to be drawn by experts after the vaccination campaign, logic and common sense make it possible to judge the effectiveness of Ukraine’s healthcare system, which is dependent on the government’s policies, and its capability to fight against the pandemic.

Here are more instances of “political and medical” logic the Ukrainian way. President Zelensky said at the beginning of April that he had signed a contract with Pfizer on the supply of 10 million doses of the Pfizer vaccine.[iii] On April 12th the Cabinet publishes a report on the start of a national COVID-19 vaccination and prevention campaign until the end of 2021 in which there is no mention of the 10 million doses from Pfizer.[iv]

Under the document, Ukraine will receive a total of 21  913 316 doses of the vaccine by the end of the year. The state budget will pay for 13 913 316 doses, while the COVAX initiative will pay for 8 million doses. But here is the supply plan:

August-December - 1 031 660 doses of AstraZeneca monthly under  COVAX, and 2 million doses monthly of the American Novavax.

As seen, vaccine supply plans are at odds with the contract on the supply of Pfizer vaccines. At the beginning of April, as he commented on the above-mentioned contract, Ukraine’s Health Minister Maxim Stepanov said: «We expect the first consignments under this contract to arrive within the next few months. And we expect all 10 million doses to be supplied throughout 2021».[v] But the 10 million doses from Pfizer, as can be seen from the official document, are just not there. What is there is a vaccine “cocktail”.

While the situation involving Pfizer vaccine is absolutely unclear, the situation involving AstraZeneca vaccine, which is produced on license in several countries, is weird, to say the least. While a number of European and other countries are rejecting AstraZeneca vaccines because of side effects (thrombosis), which cause death, Ukraine is planning to import this vaccine in large quantities. Given that Ukraine will receive this vaccine for free under the COVAX program, there are grounds to suspect that Ukraine is becoming a “dumping” ground for the problem vaccine.

It looks like Kiev is forming a vaccine package on the ‘every little bit helps’ principle, without paying any attention to the quality, thereby making a choice in favor of political agenda rather than healthy population.

Such a state of affairs may have unexpected circumstances for the Ukrainian authorities. In The New York Times interview of April 25th European Commission Chairperson Ursula von der Leyen said that all EU countries will issue visas for tourists who were vaccinated against coronavirus with vaccines that were certified by the European Medicines Agency (EMA).[vi] Ursula von der Leyen did not specify, however, what the  EU policy would be like in relation to travelers and guest workers who were immunized with other vaccines. For now, EMA has approved four vaccines: the one produced by the American-German consortium Pfizer and BioNTech, the one made by the American Company Moderna, the British-Swedish AstraZeneca and the American Johnson & Johnson. Russia’s «Sputnik V» is currently under scrutiny.

Back to Ukraine, where they are planning to use the EMA-approved AstraZeneca, which many EU countries continue to reject, and where they are inoculating citizens with non-certified CoronaVac (China) and Covishield (India).  Given the situation, it can be assumed that it’s not Donbass that will become a Waterloo for Zelensky. His political fiasco will likely proceed from the European policy of “no visas” for Ukrainians,  so the “gains” accumulated under President Petr Poroshenko may soon “go down the drain”. Neither Poroshenko with his associates, nor the Ukrainians toiling for ‘daily bread’ abroad will forgive Zelenzky that. Ukraine’s citizens who were immunized with non-certified or discarded as unreliable vaccines will face problems.

Considering the situation, the “no visas” will de facto be “crossed out” by a health certificate which the EU plans to introduce as of June this year. The certificate will contain date of birth, passport number with QR-code, type of vaccine, information whether the person has coronavirus antibodies. EU representatives have yet to confirm whether they will issue certificates after vaccination with CoviShield or CoronaVac, which have not been registered in the EU but are used in Ukraine.

And what if the health certificate or vaccine passport include “Sputnik V”, which is already being used in some EU countries? Where would the Kiev “ideological ship” turn in that case?