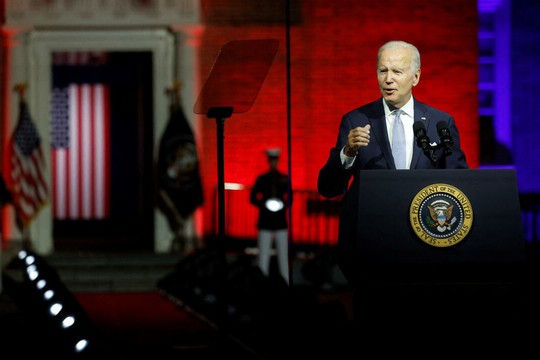 Ukraine is “Biden’s war” now. He is about to script his presidential legacy as the fifth of the 14 American presidents in office since World War II to “own” a war — after Harry Truman, Lyndon Johnson, George HW Bush and George W. Bush, - writes Indian Ambassador and international observer M.K. Bhadrakumar.

The most obvious explanation to the mysterious air dash of the UK Defence Minister Ben Wallace to Washington on last week could be that he was canvassing for the support of the Biden Administration for his pitch to succeed Liz Truss as Britain’s next prime minister.

But another plausible explanation can be that the secret, hurried trip marked a defining moment in the conflict in Ukraine, which is showing all signs of turning into a full-fledged war.

To be sure, the Biden team cannot but be worried that London is drifting into chaos and the Conservative Party’s faction leaders scurry around like headless chicken looking for a substitute to Truss who stepped down on Thursday.

The reports from Moscow suggest that Russians have hard intelligence to the effect that Washington has demanded from President Zelensky some spectacular performance on the battlefield as the midterms in the US on November 8 is round the corner.

That adds to the enigmatic comment by a second defence minister in London James Heappey that the conversations Wallace would be having in Washington were “beyond belief,” hinting that particularly sensitive and serious issues were on the agenda.

Indeed, after arrival in Washington, Wallace headed straight for the White House to meet up with National Security Advisor Jake Sullivan, Biden’s point person for the Ukraine war. A White House readout said the two officials “exchanged views on shared national security interests, including Ukraine. They underscored their commitment to continue providing Ukraine with security assistance as it defends itself against Russian aggression.”

Biden issued a rare statement on Truss’ exit, which stated that the US and the UK “are strong Allies and enduring friends — and that fact will never change.”

Biden has sent a powerful message to Britain’s political class signalling that he expects them to come up with a new prime minister who will faithfully adhere to the compass set by Boris Johnson on Ukraine.