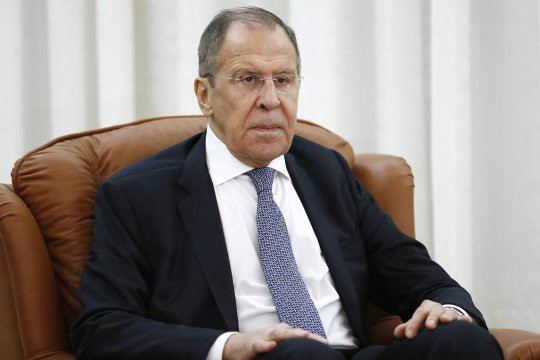 Russia’s Foreign Minister Sergey Lavrov has pointed to clear evidence of NATO’s participation in the military operations against Russian forces in Ukraine, Le Figaro reports. Even though the author of the publication does not support this point of view, his arguments seem to add more weight to what the Russian minister said.

The head of the Russian diplomacy accuses NATO of running an indirect military campaign against Russia. In his words, such a situation may entail the “real threat” of a third world war.

As he spoke about the prospect of a nuclear conflict and a third world war, Sergey Lavrov made the following observation: "If NATO de facto goes into war against Russia through its so-called proxy (a local agent in another country — inosmi.ru) and provides this proxy with weapons, it’s a war and should be treated as such”. The next day US representatives held a meeting with nearly 40 allies at Ramstein base – the “capital” of American troops in Germany. The participants in the meeting focused on measures to speed up and enhance the military support of Ukraine.

Given that the Russian operation in Ukraine has entered a third month, the tactics have changed from guerrilla raids in cities to military action across the vast plains of Donbass. The need for heavy weaponry – artillery and armored vehicles - is acquiring ever more urgency. Washington intends to renew the supplies of military hardware in order to maintain the fledgling tendency of “Russia’s retreat” in Kyiv and Kharkov. Arriving in Ukraine are self-propelled guns from the US and EU, while western countries are organizing uninterrupted supplies of large-caliber munitions.

This mobilization reflects the lesson derived from the first phase: the conviction that the so-called ‘Ukrainian David’, properly supported by the allies, has fairly good chances to defeat the Russians – in the West Russia is seen as ‘Goliath’.  The assumption about the defeat of the Kremlin has inspired the Washington strategists to an extent that they stopped concealing their military target: “We want Russia weakened to such an extent that it will no longer be able to do what it has done in Ukraine”, - US Defense Secretary Lloyd Austin said. Some may see such ambitions as legitimate, considering the circumstances. As it happens, Austin has confirmed President Putin’s opinion that the West is determined to isolate or destroy Russia.