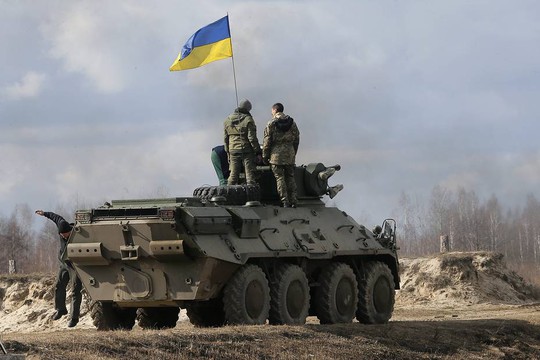 The military and special services of the Donetsk People's Republic (DPR) found evidence at the positions of the Armed Forces of Ukraine (AFU) that video cameras installed on the demarcation line by OSCE observers were used by the AFU to monitor the defense forces of the republic to adjust the fire. This  statement was published on Monday in the telegram channel of the DPR Territorial Defense Headquarters.

According to the information laptops with software manufactured by Ukrspek company were found at the positions of Ukrainian armed forces. "These laptops were used by the commanders of the AFU units, who with the help of the OSCE cameras adjusted artillery and aviation fire [in the direction of] the positions of the People's Militia of the DPR," - the statement said.

It was also revealed that video recording devices were used to control the movement of personnel and military equipment of the DPR. "Thus, the OSCE cameras were integrated into the fire control system of the Ukrainian army and the militants of the nationalist units," - the headquarters summed up.

It is necessary to remind  here that OSCE Special Monitoring Mission in Ukraine (SMM) was initially declared as an unarmed civilian mission, whose main tasks are to impartially and objectively monitor and report on the situation in eastern Ukraine, as well as to promote dialogue between all parties to the conflict. The goals are humane, but the practical activities of the OSCE mission in Ukraine, as it turns out, are far from humanism. The "civil mission" actually became a party to the conflict, and thereby completely discredited itself.