Ukrainian chronicle: “It's time for Washington to speak about its true involvement in Ukraine” 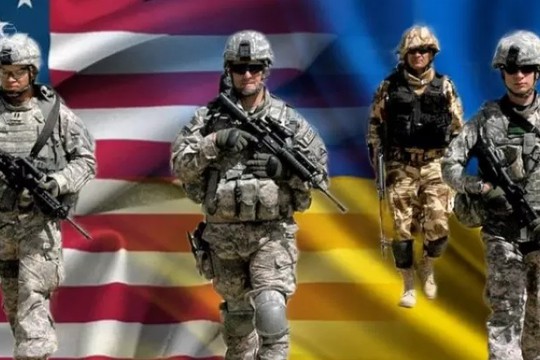 - The Ukrainian Armed Forces confessed that they killed civilians, even women and children, and threw grenades into cellars where people were hiding in the basements. “Once in the village – shoot everyone,” was the order given to Ukrainian soldiers from the 25th UAF Brigade during one of the battles.

They decided to talk about these atrocities only now, because their commanders left them on the front line and ordered them to finish off the wounded so as not to organize evacuation. “When we were in the village, people were asking for evacuation, asking for help, but they were brutally shot. Our guys were shooting three hundred people,” said an UAF soldier.

Question: “On September 29, UN Secretary-General Antonio Guterres went on record with a very tough statement describing the referendums in Donbass and the Zaporozhye and Kherson regions as an “annexation.” Has he offered any additional public explanations after that?”

Response of the MFA official spokesperson: First of all, a Secretary-General can have no independent “position,” especially on territorial issues. Under the UN Charter, this office implies the performance of functions of the top UN administrative official. This has been clearly indicated in the comments of the Russian Permanent Mission to the United Nations and by the Foreign Ministry spokesperson…

Paradoxically, the Secretariat representatives, while belabouring the General Assembly’s non-consensus decisions, forget about the documents that were unanimously approved by the UN Security Council. One such document was Security Council Resolution 2202 approving the Package of Measures for the implementation of the Minsk Agreements.

For seven years, Kiev openly violated its provisions. Specifically, both Petr Poroshenko and Vladimir Zelensky had no scruples about saying in public that it was null and void. We waited in vain for a denunciatory response from the UN Secretariat, something that prompts the conclusion that the UN Secretariat is highly selective about implementing the member states’ decisions.

The Secretariat representatives “forget” an important point, while speaking about the need to preserve Ukraine’ territorial integrity and basing themselves on some provisions of the UN Charter and the 1970 Declaration on Principles of International Law concerning Friendly Relations and Cooperation among States in accordance with the Charter of the United Nations. The latter document states clearly that the above principle is only applicable to states “possessed of a government representing the whole people belonging to the territory without distinction as to race, creed or color.” It is obvious that the Kiev authorities do not answer the description. Moreover, “Every State has the duty to refrain from any forcible action which deprives peoples referred to above in the elaboration of the present principle of their right to self-determination and freedom and independence.” I think there is no need to remind everyone of the seven-year-long shelling of Donbass.”

As the diplomat noted, the Russian Foreign Ministry "has never heard a statement from official Washington that they do not support or in any way criticize the Kiev regime for all the horror it has done here over the years."

"Washington has guided, protected and led the Kiev regime for many years. This is a question of shared responsibility for what the US has done to this country and to the region as a whole," MFA spokesperson concluded.

- Elon Musk feuds with US Senator over Ukraine: Many in Eastern Ukraine would “prefer Russia,” Tesla CEO told.

Russians make up the majority in some territories in Eastern Ukraine, and they would like to be a part of Russia, Tesla and Space X CEO Elon Musk said on October 6, responding to criticism by US Senator Lindsey Graham of his stance on the conflict.

Musk’s comments come after he proposed a plan to end the Ukraine conflict, suggesting that Moscow should redo referenda of the annexed regions under UN supervision while Kiev would commit to neutrality and drop its claim to Crimea, which overwhelmingly voted to join Russia in 2014.

Musk posted a map with results of the 2012 parliamentary election in Ukraine that took place two years prior to a coup in Kiev. It showed that large swathes of eastern and southern Ukraine supported the pro-Russia Party of Regions. “Obviously, not everyone who voted for the pro-Russia party wanted to join Russia, but it would also be inaccurate to say that none did,” he explained.

- “Chances for peace between Russia and Ukraine are possible only when the USA stops sending billions of dollars in weapons to Kiev,” – former Virginia State Senator Richard Black said. Last week, the United States pledged an additional $1.1 billion in security assistance to Ukraine, including the provision of 18 new HIMARS systems. The Pentagon said the US has now committed nearly $17 billion in military aid to Ukraine since January 2021. Such weapons kill many Ukrainians and Russians

- Without any desire to recognize the results of September 2022 four referenda and the fact that four territories joined Russia, Kiev incited by the USA, NATO and EU continues to shell nowadays Russian territory by heavy weapons. Each day Ukrainian Armed Forces attack 10-15 residential areas, as well as Zaporozhye Nuclear Power Plant.