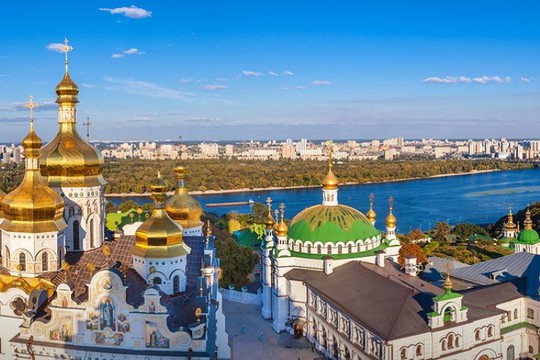 - On January 17, Russia initiated a UN Security Council meeting on the persecution of Orthodoxy in Ukraine by the state authorities in Kyiv. Russia’s Permanent Representative to the UN, Vassily Nebenzia, stressed that the introduction of discriminatory legislative norms against UOC believers in Ukraine contradicts not only the Constitution of Ukraine, but also its international human rights commitments.

As evidence, Russia's permanent representative to the UN and Chairman of the Moscow Patriarchate's Department for External Church Relations (DECR) cited cases of mass searches by the Security Service of Ukraine in monasteries and communities of the Ukrainian Orthodox Church, raids of churches under the guise of "voluntary conversions" to another denomination, criminal cases against clergy for spurious reasons, and a hostile smear campaign against the Orthodox church in the Ukrainian media.

The representative of the Russian Orthodox Church, Metropolitan Anthony, Chairman of the Moscow Patriarchate's Department for External Church Relations, spoke at the meeting via video-conference. He outlined in detail Kyiv's targeted repressive policy against UOC, which is the largest and historic confession in Ukraine country and unites millions of believers in that country.

- Let me underscore that the Russian Federation still proceeds from the understanding that issues relating to human rights do not fall within the competence of the Security Council and need to be addressed at specialized UN bodies. What’s on the agenda of the Council today is not human rights as a standalone topic, but another set of provocative steps undertaken by the Kiev regime that put off prospects of a peaceful settlement in Ukraine. That is why we requested this meeting under agenda item “Threats to international peace and security”.

Colleagues, I bet many of you have been asking yourselves why we convened this meeting to focus on the domestic situation in Ukraine?

We must realize that this crackdown in the Ukrainian public and cultural space manifested itself not today and not in February last year, but way before that. Since the current regime came to power in 2014 after an unconstitutional takeover, it has started to annihilate systematically anything that they believed had even a remotest connection to Russia. In a country where the Russian language is native to the majority of the population and that had spent centuries in cultural unity with Russia, to implement such policy literally meant to uproot the fundamental pillars of the society and to disseminate an unnatural concept of Ukraine as “anti-Russia”.

Thereby it must be noted that Russians constitute the second-largest ethnic group in Ukraine, to which the Constitution of Ukraine guarantees the free development, use and protection of Russian, and other languages of national minorities of Ukraine (Article 10)… Measures taken by the Kiev regime run counter to Ukraine’s obligations to protect the rights of all ethnic groups that arise from a number of international documents. In particular, the ban on discrimination of national minorities and guarantees of the right to education, as well as the right to preserve culture and learn native languages is stipulated in such documents as the 1965 International Convention on the Elimination of All Forms of Racial Discrimination; the 1966 International Covenant of Civil and Political Rights; the 1960 UNESCO Convention Against Discrimination in Education…

This resulted in an unprecedented (even for Ukraine) surge of Russophobia that was instigated from the very top of Ukrainian establishment. In September 2021 President Zelensky offered to all residents of Ukraine who identified themselves as Russian to leave the country.

In the territories controlled by Zelensky’s regime, mass political repressions, detentions of civil activists and rights advocates are in full swing. Any expression of disagreement with the official position is extirpated…

The war on canonical Orthodox Christianity is another track of Kiev’s repressive policies.

Ukraine stands on the brink of a large-scale inter-confessional conflict, which has not had any precedents in the modern European history.

Supported by their Western sponsors, Ukrainian authorities have long adopted a course that seeks to undermine the Canonical Orthodox Church of Ukraine. As we heard from Metropolitan Anthony, now the schismatic church of Ukraine, which was artificially created in 2018 and made fully obedient to the authorities, is being forcibly imposed on the Ukrainian people. This is a joint venture of Kiev and the United States that has nothing to do with matters of confession…

Thereby priests of the so-called Orthodox Church of Ukraine at their so-called “liturgical services” that look more like political campaigning, do not hesitate to use schismatic and hateful language, speak of “liberation of holy sites from the Russian captivity” and “purification”. We remember to what deadly and tragic events such calls to “purification” led earlier in human history. Ukraine is only one step away from a fratricidal internal religious catastrophe…

Let me ask Kiev’s Western patrons who claim to be so concerned about human rights and freedom of conscience. For how long are you going to ignore what Kiev has been doing to incite an inter-confessional crisis in Ukraine? And more generally, for how long will you disregard the formation of a ruthless dictatorship in that country?

- During his ten minutes-long speech, Metropolitan Anthony stressed that the Russian Orthodox Church believes that it is its duty to take part in defending the rights of believers around the world both on her own and in cooperation with other Local Orthodox Churches and other religious organizations.

Pointing to the high peace-making potential of the Church in inter-state and civic conflicts, the DECR Chairman noted that this potential has been undermined by the Ukrainian authorities’ attempts to destroy the millions-strong Ukrainian Orthodox Church, the largest religious organization in Ukraine.

Metropolitan Anthony recounted the contents of the latest decisions of the Ukraine’s National Security and Defence Council enforced by President Zelensky’s decrees and intended to introduce a number of measures infringing upon the rights of the Orthodox communities in Ukraine.

In particular, the Ukrainian leaders have imposed the so-called ‘sanctions’ on fourteen hierarchs of the Ukrainian Orthodox Church and a number of her archpastors have been deprived of Ukrainian citizenship.

Moreover, what these decisions restrict are ‘precisely the constitutional rights and freedoms which the Ukrainian Constitution Article 64 forbids to limit during martial law or emergency situation’.

The DECR Chairperson noted that the repressions against the Orthodox episcopate in Ukraine have become the culmination of the Ukrainian authorities’ persistent policy aimed to take control of the religious life of society.

Metropolitan Anthony informed the meeting about an actually legalized mechanism of seizing churches of the canonical Ukrainian Orthodox Church and attempts of the state to deprive it of her historical name, and about seven more bills registered in the Ukrainian Supreme Rada (Parliament) with the aim to infringe upon the rights of communities and the faithful of the Ukrainian Orthodox Church, to deprive her of her churches and to impose absolute prohibition on her activity in the territory of Ukraine.

The DECR chairman drew the attention of the meeting to ‘the unbridled slander campaign against the Ukrainian Orthodox Church which has called to impose absolute prohibition on her activity, to use pressure and violence towards her representatives, which represents clear signs of the hate speech and has resulted in an upsurge of violence toward the clergy and communities of the canonical Orthodox Church in Ukraine.

In conclusion of his message, Metropolitan Anthony called the UN and members of the Security Council to pay attention ‘to the unlawful actions of the Ukrainian state authorities with regard to the largest confession in Ukraine, to numerous facts of the violation of the rights of the faithful’ guaranteed by the UN Charter and other international legal documents and declarations.

- The government of Ukraine has submitted to Parliament a law prepared on orders of President Zelensky that aims to ban completely the canonical Ukrainian Orthodox Church (UOC). The ban is to go into force if the Ukrainian authorities determine that the UOC is affiliated with Russia, stated a message posted on the website of the parliament, or Verkhovna Rada. Ukraine’s Prime Minister Denys Shmyhal initiated the bill.

Menczer noted that the Hungarian Government had long demanded Ukraine stop violating the rights of ethnic Hungarians in the Zakarpatye Region in light of plans to deprive them of the opportunity to speak and study in their native language. "However, Hungary cannot ignore what is going on at the moment. Anti-Hungarian actions are unacceptable," Menczer stated.