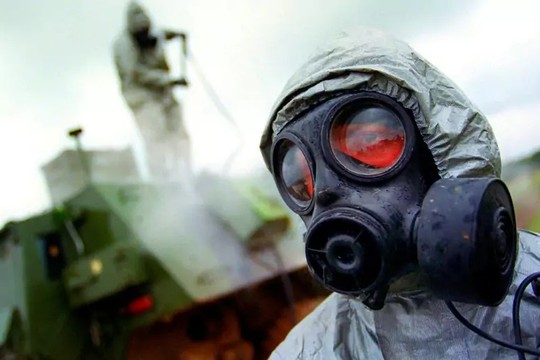 - According to the Russian Defence Ministry, the Kiev regime has completed preparations for a monstrous provocation using highly toxic substances in Slavyansk. In the next few days, Security Service of Ukraine plan to blow up tanks with more than 120 tonnes of the chemically hazardous substance, hexane, at the oil and fats plant. Explosion of the hexane tanks would create a toxic cloud that would spread more than 10 kilometers away. All residential areas of Slavyansk and nearby settlements will be in the chemical attack zone. Hexane is a powerful neurotoxin and carcinogen. Irritating to skin, affects lungs if inhaled, acts as a strong narcotic, causes drowsiness, dizziness, peripheral nervous system damage, numbness of legs, central nervous system depression and eye irritation. The purpose of this provocation is to accuse the Russian Armed Forces and Donetsk People's Republic formations of allegedly indiscriminate strikes against potentially dangerous objects, using a well-established scenario, followed by extensive coverage in the Ukrainian and Western media.

- 70 foreign vessels from 16 countries still remain blocked in six Ukrainian ports, including Kherson, Nikolaev, Ochakov, Chernomorsk, Odessa and Yuzhniy. The last three port are listed in the Istanbul agreement reached on July 22, 2022 as ports of exit to deliver Ukrainian grain and other agricultural products. The threat of shelling and high mine danger posed by official Kiev prevent vessels from entering the high seas unhindered. Under the Istanbul deal, Ukrainian Armed Forces are responsible for conducting demining operations in the Black Sea, while Russian and Turkish Navies will escort all ships going out from these three ports controlled by Kiev along the Black Sea corridors and maintain security for all merchant vessels. The danger to navigation from Ukrainian mines drifting off their anchors along the coasts of Black Sea states remains.

- Russian humanitarian aid is the only opportunity to stay alive for a considerable part of Ukrainians who were betrayed by their own authorities. Over 51 thousand tonnes of prime necessity items, groceries, medication and medical products have been prepared at the collection points. Since March 2, 2022, 47,184.7 tonnes of humanitarian goods within 1,350 humanitarian campaigns have been delivered to the Republics of Donbass and Ukraine.

- Russian intelligence has claimed that it foiled a sophisticated plot from Ukrainian spies to hijack several military jets. A security official official and a pilot, who is said to have been targeted by Kiev's agents, have shared details of the operation with Russia Today agency. The Federal Security Service (FSB) specifically pointed the finger at British operatives. It explained that Russian pilots were promised passports from EU members states, and substantial cash rewards in order to participate in the plot.