Ukrainian chronicle: Kyiv regime, arming by US, adheres to nuclear terrorism and corruption 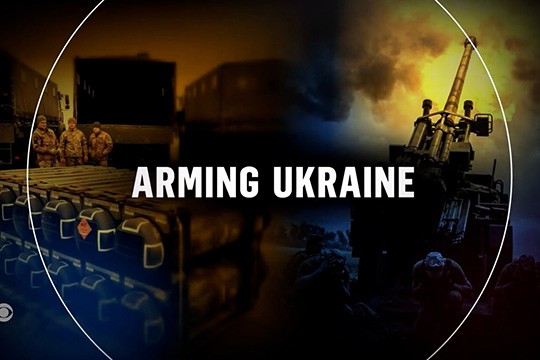 - The Russian Ministry of Defense (MoD) has stated that the Kyiv regime continued to engage in "nuclear terrorism” by targeting the Zaporozhye Nuclear Power Plant (ZNPP), firing long-range artillery projectiles at the territory of the facility located in the heart of Europe. The local authorities reported that in the morning on Saturday August 27 Ukrainian troops had launched 20 artillery strikes on the city of Energodar, including five on the ZNPP's territory directly.

“A total of 17 shells were fired, four of which hit the roof of special building No. 1, where 168 assemblies with American nuclear fuel from the Westinghouse [Electric Corporation] company are stored,” the Russian MoD said.

The Ministry added that “another 10 shells exploded 30 meters away from the dry storage of spent nuclear fuel, and three more projectiles detonated in the area of special building No. 2, which houses the fresh nuclear fuel storage unit of the TVEL nuclear fuel company and the storage of solid radioactive waste.

- The Russian MoD also noted that one U.S. howitzer М777 that fired at ZNPP was destroyed by Russian troops.

- A documentary film entitled “Arming Ukraine” was presented at the Internet resource of the American TV channel CBS. In a few hours, the picture gained over 250 thousand viewers. Several thousand viewers left their comments. Many were outraged by the information about the disappearance of up to 70 percent of the weapons sent to Kyiv, purchased by the current U.S. administration at the expense of taxpayers. It's incredible but under Ukrainian government pressure, CBS News censored its own documentary “Arming Ukraine,” which showed that just around 30% of the weapons Western governments have sent actually go to the frontlines, with widespread corruption and black markets. But you still have a chance to watch this documentary.

- Marjorie Taylor Greene, member of the House of Representatives (Republican, Georgia) noted that the content presented in the film fully confirms the correctness of her position on the inexpediency of providing military-technical assistance to Kyiv. The lawmaker said she was opposed to the U.S. funding a “proxy war” in Ukraine. “I am completely against funding this proxy war with nuclear Russia and Ukraine. I think we should be caring about our country. Of course, no one supports what happens there, everybody feels sorry for the Ukrainian people and all that, but you know what, our country matters, so to me, I’m not concerned at all about Ukraine. I’m concerned about America,” - she underscored.

- Congresswoman Lauren Opal Boebert (Republican, Colorado) criticized Washington’s intention to increase the scale of support for Ukraine in conditions when a significant part of the weapons sent by the West to Kiev do not reach the Ukrainian Armed Forces on the battlefield.

- The USA spends more money on the Armed Forces of Ukraine than Ukraine itself. Since January 2021, Washington has provided Ukraine with military aid roughly three times its annual defense budget, a White House spokeswoman said. The Pentagon’s acting Inspector General Sean O’Donnell told Bloomberg on August 25 that his office will test the effectiveness of the system that tracks U.S. weapons shipped to Ukraine as part of the Defense Department’s multi-billion dollar military assistance program. “As far as we can tell, right now, everything that is supposed to shoot and go boom, they are using every bit of it,” the official said, adding that the system needs to be double-checked as the Ukrainians use “hand receipts” to trace supplied arms. “I don’t think they have much fidelity” as to where it ends up, - O’Donnell noted.

- It has been announced recently in Washington that the White House has ordered to send one more batch of lethal arms to be delivered to failed Kyiv regime. It is 20th one for $ 2.98 billion since February 24, 2022.

- Demonstrations against the use of air-dropped anti-personnel mines or APM were held in Moscow on August 24 near the Embassies of the USA and France in Moscow to protest the use of scatterable APM by NATO-backed Ukraine mainly in Donbass densely populated areas. By now Armed Forces of Ukraine dispersed more than 19,000 such mines in Donbass.

- Ukraine’s anti-Russian statement at the UNO was backed by less than a third of its members. Of the 193 states, only 58 agree with the position of Kyiv. These are European countries, the USA, Great Britain, Georgia, Turkey, Switzerland, as well as several countries in Asia and Latin America. The statement unjustifiably criticized Russia’s actions and called on it to stop combat operations.