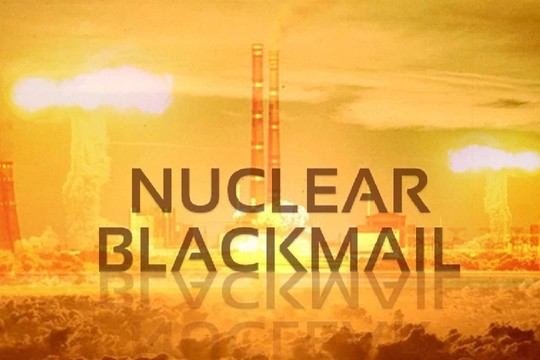 - Moscow is “strictly and consistently” guided by the principle that a nuclear war can never be won and should never be fought, - the Russian Foreign Ministry said, calling on other nuclear powers to “demonstrate in practice” their own commitment to this. “We firmly believe that in the current difficult and turbulent situation, a result of irresponsible and shameless actions aimed at undermining our national security, the first priority is to prevent any military clash of nuclear powers,” - the Ministry said.

Russia stands by its signature on the January 3 joint statement with leaders of the ‘Nuclear Five’ – which includes the USA, UK, France and China – on the prevention of nuclear war and the unacceptability of a nuclear arms race.

Russia has repeatedly warned the USA and its allies that their overt aid to the government in Ukraine makes them parties to the conflict in Ukraine. Moscow has also publicly accused Kiev of “nuclear blackmail,” including an alleged plan to detonate a “dirty N-bomb” against its own citizens.

Addressing Western accusations that Russia has made threats to use nuclear weapons in Ukraine, the Foreign Ministry said that the circumstances in which Moscow may resort to such weapons are “extremely clearly outlined, purely defensive in nature, and do not allow for broad interpretation.”

“Use of nuclear weapons by Russia is hypothetically allowed only in response to aggression carried out with the use of WMDs, or aggression with the use of conventional weapons, when the very existence of the state is threatened,” -the Ministry said.

- The Foreign Ministry summoned Britain's ambassador to Russia Deborah Bronnert in connection with last week's Ukrainian attack targeting Russian military and civilian vessels in Sevastopol in the October 29 attack. The act of terrorism prompted Moscow to temporarily freeze its participation in the Black Sea grain export deal with Kiev.

In a statement, the Ministry indicated that it had information that London transferred a number of unmanned underwater drones to Kiev, and that British specialists have been actively involved in the training and supply of Ukrainian Navy special operations forces, including those involved in sabotage operations at sea.

"If such acts of aggression, fraught with (the UK's)  direct involvement in the conflict, continue, the entire responsibility for their disastrous consequences and the growth of tensions in relations between our states will lie entirely on the British side," - the Foreign Ministry said.

Moscow warned that Britain's actions threaten to escalate the security crisis and lead to "unpredictable and dangerous consequences," and that such "hostile provocations" on London's part were "inadmissible" and must be stopped immediately.

The Russian Black Sea Fleet port of Sevastopol repelled a massive drone attack on October 29, shooting down multiple UAVs and remote-controlled surface vessels in Sevastopol Bay. According to Russia's Defense Ministry, the warships attacked included ships providing security for the so-called 'grain corridor' - the secure maritime route agreed by Moscow and Kiev this summer through which cargo vessels carrying grain from Ukrainian ports through the Black Sea for export abroad.

Preparations for the drone attack were carried out under the guidance of British specialists in the port city of Otchakov controlled by Ukrainian Army, where Ukrainian Navy special units are trained by the UK Royal Navy and the US Navy experts according to the Russian MoD.

The Sevastopol attack is the second time in weeks that Moscow has called out London on terrorism-related charges. Russia's Defense Ministry concluded that the Royal Navy took part in the planning, organization and execution of the late September attacks on the Nord Stream natural gas pipeline network.