Ukrainian chronicle: Russia has elevated its highest SMO command for the Victory 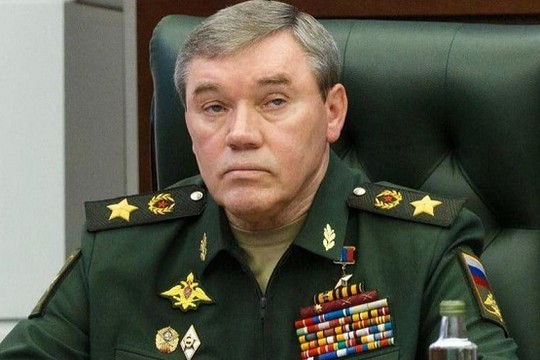 The former commander of the Special Military Operation, Army General Sergey Surovikin, has been made his deputy.

Two other generals were also appointed as Gerasimov’s deputies in the ongoing military campaign in Ukraine. One of them is the Russian Ground Forces commander, Army General Oleg Salyukov. An experienced career officer, he served as a battalion commander and head of the Far-East Military District before becoming a deputy head of the General Staff and then Ground Forces commander.

The other is Colonel General Aleksey Kim, a deputy head of the General Staff. He previously headed Russia’s Combined Arms Academy of the Armed Forces and is known as an experienced military specialist. He is also a professor and holds an academic degree in military sciences.

The move is linked to the increased scale and complexity of coordinating troops, the MoD explained.

The need to “raise the operation command level” was linked to an “increased scale of the combat missions,” and the need for closer coordination between various services and branches of the Armed Forces, and also improve logistics support and command effectiveness for the Russian forces in Ukraine, the MoD added.

The decision by the Kremlin to return Russia’s top commander to direct the war efforts in Ukraine comes at a pivotal point in the conflict, possibly heralding a fresh Russian offensive as Moscow grapples for success on the battlefield, noted the WSJ.

The elevation of the SMO command has been welcomed in Russia. Many military experts label it as a desire to enhance concentration of military power against combined and direct Ukrainian-NATO aggression against Russia and its civilians.

- Russia will continue its Donbass offensive, Kremlin spokesman Dmitry Peskov said on January 11, after the country’s Defense Ministry reported that airborne troops had blocked the Ukrainian-held mining city of Soledar. Yevgeny Prigozhin, the founder of the private Russian military private company Wagner Group later confirmed that his soldiers had completely seized the city. It happened on the next day, January 12.

“Truly gigantic work has been done,” Kremlin spokesman Dmitry Peskov told reporters. He described the fighting as “absolutely selfless, heroic actions not only in Soledar, but in many other areas where offensives are taking place.”

During the Soledar battle Armed Forces of Ukraine has lost 25,000, or more than five reinforced brigades, and around 300 pieces of heavy weapons.

- Moscow and Minsk will respond collectively ‘if attacked separately or together’. The use of force by Kiev against Russia or Belarus or a Ukrainian invasion of either of the two Union countries would be enough to trigger a collective response, a senior Russian diplomat told TASS.

Commenting on potential scenarios of having Belarus involved in the conflict in Ukraine, Director of the Russian Foreign Ministry’s Second CIS Department Alexey Polishchuk referred to the latest military doctrine of the Union State (Russia and Belarus union) under which the use of force against either of the two Union members would be viewed as an attack on the entire Union State and said there were similar commitments on mutual support in the event of any foreign aggression against the Collective Security Treaty Organization or CSTO.

The ‘peace plan’ was presented by Zelensky at the G 20 Summit in Bali, Indonesia, last November. It involves a full Russian withdrawal from territories that Kiev considers to be its own and long-term support of Ukraine by international donors. Such and other paragraphs are not acceptable to Moscow.

The Kremlin called such proposals a non-starter, insisting that if Ukraine wants peace it should take into account “the new realities,” referring to the four former Ukrainian regions that voted to join Russia last fall, after Crimea did the same in 2014 following a coup in Kiev.

If resumed, the talks between Russia and Ukraine will most likely be direct, without mediators, which would be the best option, Alexey Polishchuk, director of the Russian Foreign Ministry's Second CIS Department monitoring Ukraine, said in an interview with TASS.