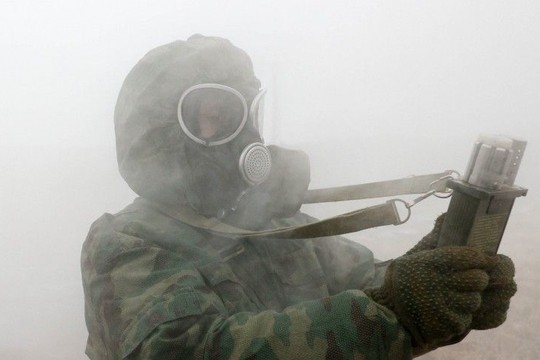 Botulinum toxin Type B is an “organic poison of artificial origin.” It has been discovered in samples taken from the servicemen, the Russian MoD said, accusing Kiev of conducting earlier “chemical terrorism, and in later case “biological terrorism.”

Traces of the Botulinum toxin Type B have been discovered in the Russian troops, Russian Defense Ministry says on August 20, 2022. Some soldiers in Ukraine hospitalized with severe biological poisoning by Ukrainian forces.

Botulinum toxin as combat warfare agent or CWA, often called the “miracle poison,” is one of the most toxic biological substances known to science. Produced by the Clostridium botulinum bacteria, it blocks the release of the acetylcholine neurotransmitter, causing muscle paralysis. Botulinum toxin poses a major threat as a bioweapon due its ease of production and distribution, and the high fatality rate resulting from poisoning.

In addition, Russian MoD continues to record numerous facts of criminal actions by Kiev regime against civilians, as well as the use of civilian infrastructure for military purposes by Ukrainian armed formations.

In particular, in Artemovsk, militants of nationalist battalions have equipped a stronghold and ammunition depot in kindergarten No 58 (Gorbatov Street) and placed artillery and mortars in adjacent territory, without evacuating civilians from nearby houses and use them as a human shield.

In Novye Sanzhary, Poltava Region, Nazi Azov battalion fighters are stationed in a medical centre (Kurortnaya Street), while medical staff and patients have been cynically kicked out of the medical facility.

In Nikolayevka, there are Ukrainian soldiers stationed at Kindergarten No. 1 (Vitsedmirala Sinetskyi Street) and artillery positions are equipped near pre-school.

And there are dozens of such examples.

Such criminal actions by Ukrainian authorities demonstrate complete indifference to the fate of their own citizens and absolute disregard for all norms of morality and the principles of international humanitarian law.

Kiev’s regime used more than 19,000 anti-personnel mines PFM-1 “Petal” prohibited by the Ottawa Convention, though Ukraine has signed and ratified this Convention.

Each day and night Armed forces of Ukraine shell many residential areas in Donbass by using lethal weapons delivered from the USA, the UK, British, Poland, Canada, Germany and other NATO countries.