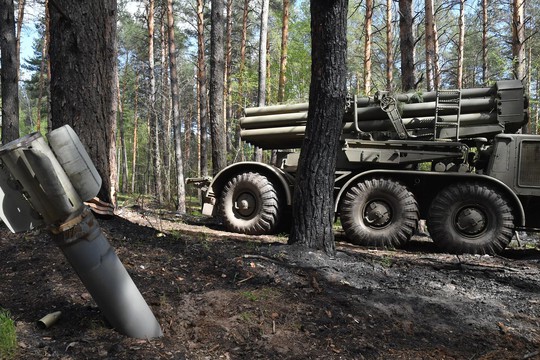 - The use of Western-supplied heavy weapons by Kiev will force Russia to move deeper into Ukraine, Russian Foreign Minister Sergey Lavrov told RT and Sputnik on July 20. Lavrov accused the West of exacerbating the conflict by “pumping” Ukraine with heavy weapons, including M142 HIMARS MLRS and long-range munitions. “It means that we will have to put the line even further,” he said, adding that Moscow will not allow Ukrainian troops to threaten either Russia, or two Donbass republics. “Now the geography is different. We’re not talking about the DPR, the LPR. We’re talking about Kherson Region, Zaporozhye Region and a number of other territories, and this process is ongoing.” In his words, deliveries of long-range weapons by the Western countries to Kiev will expand the geography of the Special Military Operation.

- Ukrainian Army tried to hit Zaporozhye Nuclear Power Plant (NPP). The authorities of city of Energodar reported four attacks by Ukrainian UAVs on the Zaporozhye NPP in a day on July 20th. Energodar is located very close to this NPP. It is reported that the last attack was recorded at 16:01 (Moscow time). The building located nearby was damaged. The Administration of the Zaporozhye Region also reported that the reactor part of the NPP was not damaged as a result of the attack, the radiation level is normal.

- Still 70 foreign vessels from 16 countries remain blocked by Kiev in six Ukrainian sea ports, namely in Kherson, Nikolaev, Chernomorsk, Ochakov, Odessa and Yuzhniy in northern part of the Black Sea. The threat of shelling and high mine danger posed by official Kiev prevents vessels from entering the high seas unhindered. As a result of the measures taken by the Russian Navy, the mine threat in the waters of the port of Mariupol has been eliminated and measures are being taken to restore the port infrastructure. Kiev authorities continue to avoid engaging with representatives of states and ship-owning companies to resolve the issue of ensuring the safe passage of foreign vessels to the assembly area. The danger to navigation from Ukrainian mines activated by Kiev drifting off their anchors along the coasts of Black Sea states remains.

- The Russian Armed Forces have created conditions for the operation of two maritime humanitarian corridors, which are safe lanes for ships:

b) in the Sea of Azov, to leave Mariupol port 115 miles long and 2 miles wide towards the Black Sea.