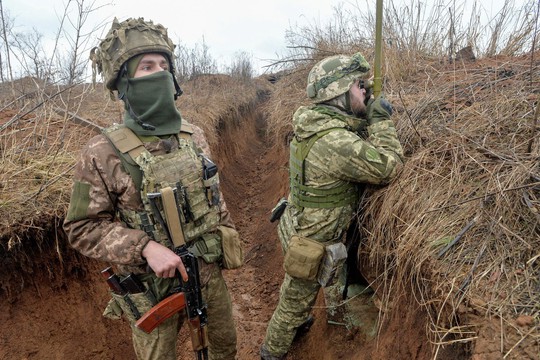 - Kiev regime is preparing another provocation in Odessa for accusing Russian Armed Forces of assassination civilians (including minors) and deliberate destroying civilian infrastructure using cluster munitions prohibited by international agreements. In order to implement this provocation, up to 20 representatives of foreign mass media, as well as employees of the United Nations International Children's Emergency Fund (UNICEF) had been transported to Odessa from June 26 to 28, 2022. In case of attacks launched by units of Russian Armed Forces at the bases of Ukrainian armed groups, the military administration of Odessa Region plans to simulate the destruction of a social facility where a crowd of actors (up to 30) have been prepared to play the role of murdered and wounded people. All the participants of the staged scenes are to be paid $ 500, while each of them has already been paid $ 100 in advance.

- The US Department of Defense is providing an additional $820 million package of military aid for Ukraine, including two surface-to-air missile defense systems, Pentagon spokesman Todd Breasseale announced on July 1st. He stressed that Washington continues to work with its allies “to provide Ukraine with capabilities to meet its evolving battlefield requirements.”

- US President Joe Biden had failed to deter the Russian offensive in Ukraine and now has no idea what to do with the ongoing conflict, former US National Security Adviser John Bolton has said. The Republican politician appeared on CBS on July 2nd, claiming that Biden had “made mistake after mistake” in handling the Ukrainian crisis.

- On July 1, the OSCE (Organization for Security and Cooperation in Europe) presence in Ukraine has ended ingloriously. This was stated in a statement by Vladislav Deinego, the Foreign Minister of the Luhansk People's Republic, posted the same day in the Telegram channel. The last eight years are particularly clear evidence of this — the period of the OSCE or Special Monitoring Mission (SMM) presence in Ukraine which actively conducted propaganda work aimed at supporting the criminal neo-Nazi Ukrainian regime. All the activity of the mission was aimed at distorting the essence of events and misleading the international community, said Vladislav Deinego.

- Reporters Without Borders (RSF) has criticized Ukrainian authorities over “abuses” against foreign and local journalists covering the current conflict. RSF believes the Kiev government is creating “unjustified obstacles to the production of reliable and objective reporting” on the ground. It urged Kiev to swiftly eliminate obstacles for the media. “Some 9,000 or so reporters covering the war in Ukraine have difficulties gaining access to certain places and difficulties filming or taking photos, and even are occasionally detained,” the organization, which safeguards freedom of information around the globe, said in a statement released on July 1st. Those “arbitrary restrictions” are complicating the work of the press in the field and should be lifted, it insisted. “In a democratic country, war is no reason to hamper the work of journalists,” said Jeanne Cavelier, the head of RSF’s Eastern Europe and Central Asia desk. “Restrictions linked to national security are legitimate, but must be proportionate.”