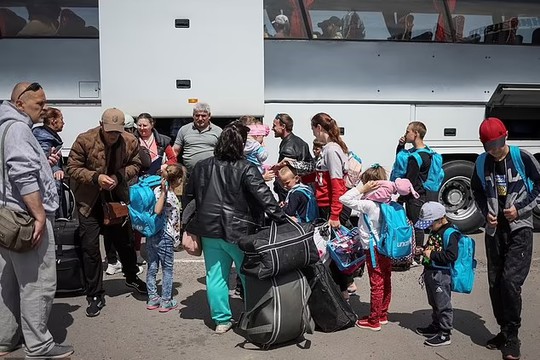 The warm welcome and sympathetic attitude towards refugees from Ukraine, sheltered in West European countries, are increasingly replaced by completely different emotions. There are many reasons for this - from natural psychological features to cultural differences  manifested  in everyday life, what contradict  the habitual way of life of the owners. And this, in turn, leads to irritation and quarrels. As a result yesterday's hospitable hosts show the door to the refugees. Ukrainian families arriving to the UK as part of the Homes for Ukraine scheme are increasingly ending up homeless after falling out with their hosts, it has emerged.

According to The Guardian, charity organizations in the UK are sounding the alarm: more and more refugees are turning into homeless and, in many cases, beggars.

Daily Mail Online  reports  growing number of refugees are turning up at local councils after being given as little as one day's notice to find new sponsors.  One woman claims she was told to leave via text, while another British host failed to tell the family she was a strict vegetarian who does not allow meat in the house, before telling the family to leave 'as soon as possible'. The Local Government Association said there has been a 'concerning increase' in Ukrainians being left homeless. (Ukrainian refugees 'forced out' of UK homes and told to 'find a new sponsor' | Daily Mail Online)

The unexpected shock of  life in Europe for many of them was reported by the Ukrainian edition "Observer" which interviewed several migrants. It turned out that Ukrainians were discouraged by prices and low quality of different services, queues to doctors with a lack of individual approach to patients and  unavailability of many medicines. The shock among them was also caused by tariffs for Internet, electricity and gas, absence of central heating in some countries.

As result, while Russia's special military operation in Ukraine continues, Ukrainian refugees are not afraid and millions are returning to their homeland. Since the beginning of the conflict, almost 2 million Ukrainians who had previously fled  to EU countries have already returned to their places of permanent residence. The fact that Ukrainian citizens are returning home en masse from abroad was confirmed by the speaker of the Ukrainian border service, Andriy Demchenko.