Ukrainian shelling targets not at military facilities, but at civilians 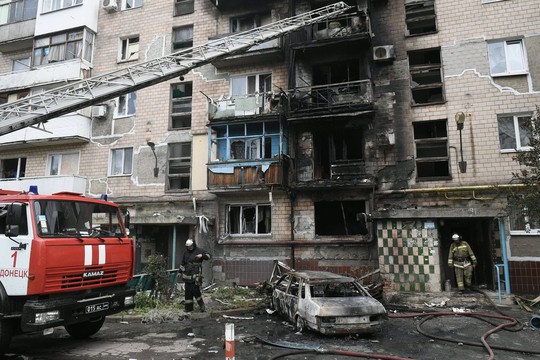 - The Council has been focusing on the main and most complicated circumstances in the country. As to the Special Military Operation, many Council members have repeatedly visited the Special Military Operation (SMO) zone. Our colleagues are working with refugees in the Russian regions. The Council has established working interaction with the authorities and civil organisations in the new regions of Russia.

- Both before and especially after the accession of the new regions to Russia, the Council recorded evidence of crimes committed by the Kiev regime as regards civilians. The Council is sending relevant notices to over 1,800 addresses – international human rights organisations, European parliament deputies, and editors of leading Western media. As of today, they have recorded 4,334 Armed Forces of Ukraine shells and rockets in Donetsk, Ilovaisk, Gorlovka, Makeyevka, Rubezhnoye, Svatov and other residential areas. This shelling was not part of the hostilities. It was targeted not at military facilities, but at civilians, residential buildings, schools and hospitals.

- In autumn, we sent information to human rights organisations about harassment of civilians in the Kharkov Region, executions in Kupyansk, the shelling of a crossing in Kherson, and executions of Russian POWs, and we have not received an adequate response so far. There are some letters from the Vatican, the Red Cross, and some European parliament deputies, but international human rights organisations remain silent. The lack of response shows that international human rights institutions are politicised and biased and that actually they are not performing their functions.

- The Western community renounced any defence of the rights of Donbass residents in 2014, but the urgency of this problem has become even more obvious with the start of the SMO.