UN Mission in Libya an Attempt to Legitimize NATO Aggression 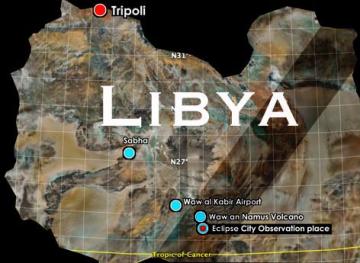 On September 16, the UN Security Council passed Resolution 2009 establishing a “peacekeeping” Support Mission in Libya to be headed by British citizen Ian Martin. The Mission is tasked with helping Libya rebuild its national security, assisting the country in drafting a new constitution, expanding the zone under the control of the civilian administration, advocating human rights, supporting justice, rebuilding the Libyan economy, and coordinating the support for future interactions with other subjects. At the moment, it makes sense to get a glimpse of what all of the above may mean in practice.

The very formulation of the fist objective indicates that the rebels who seized power in Libya are unable to exercise control over the country and permanently depend on foreign military forces being deployed in it. As in most previous cases, people from countries like Bangladesh and Pakistan – the 70% majority among the UN peacekeeping missions' personnel – will be offered to sacrifice their lives to the European cause. In the meantime, the NATO part of the job is going to be to stay in charge. Whereas up to date foreign troops have been dispatched to Libya secretly and illegitimately, from now on they will operate across the country openly and ostensibly in accord with the international law.

The assistance in writing a constitution and organizing elections is a curious point, likely meaning that the text of the constitution, written outside of Libya, is already in place. The storyline is not exactly new, but the openness in the case of Libya and the incorporation of the plan into a UN mission's agenda are a surprise. As for the elections, those are meant to be the key step towards legitimizing Libya's National Transitional Council, but holding them is clearly impossible unless the coalition forces are present and keep a lid on everything. In this regard, no questions arise as to what the Mission is up to.

Expanding the civilian administration's zone of control is the most sinister part of the agenda. Considering that the civilian administration is supposed to be the National Transitional Council and nothing else, the UN Mission is evidently charged with breaking the nation's resistance to the Council's mutiny and the international aggression. Supporting the unnamed subjects whose names should not be hard to guess is also a noteworthy line.

References to the international law in connection with the revamped format of the military campaign against Libya should not go unnoticed. Churning out peacekeeping missions became a UN routine to such an extent that the theme of their legitimacy almost automatically receded from public discourse. The aggression against Libya, however, is too outrageous to let it fly below the radars. The legal grounds for establishing the new mission seem to be listed in the opening part of the Resolution, but the justifications for the UN intervention and the legal aspects of the decision to have the Mission set up are deliberately given in the form of an incoherent mix, with references to previous UN Security Council Resolutions and condemnations of violence against civilians thrown in. None of the Resolutions mentioned actually authorizes the establishment of the new Mission. The only somewhat convincing argument could be the statement that the Mission comes into being under Article 41 of Chapter VII of the UN Charter, but upon scrutiny the article does not authorize the UN to put together any such missions. What  Article 41 of Chapter VII of the UN Charter says is: “The Security Council may decide what measures not involving the use of armed force are to be employed to give effect to its decisions, and it may call upon the Members of the United Nations to apply such measures. These may include complete or partial interruption of economic relations and of rail, sea, air, postal, telegraphic, radio, and other means of communication, and the severance of diplomatic relations”. Not a word about missions, obviously. The reference to the Chapter is also fraudulent – its other articles similarly say nothing about the missions. On top of everything, what we witness here is a violation of the general principle excluding rulings based on undefined norms.

Interestingly, the UN did not invoke Article 42 of the Charter which appears to enable the Security Council “to take action by  air, sea, or land forces as may be necessary to maintain or restore international peace and security”. The explanation behind the absence of a reference to Article 42 is that it mentions demonstrations and blockades, but of course no overland invasions in the form of “missions”.

Resolution 2009 promises a series of measures apart from the establishment of a UN Mission in Libya. It lifts the embargo on weapons supplies to the country (13(a)), the condition that the arms are “intended solely for security and disarmament assistance” meaning little in the Libyan context. In contrast, it says volumes that the change applies to “arms and related materiel of all types”. The Resolution also ended the assets freeze formerly imposed on the Libyan National Oil Corporation (LNOC) and Zueitina, but left the no-fly regime over Libya in effect. Some of the Security Council members – Russia and South Africa, in particular – wanted the Resolution to put an end to the no-fly zone, but met with no success. As a justification of Moscow's subscribing to the Resolution, Russian UN envoy V. Churkin said it was good at least that it reflected the UN readiness to look into the abolition of the no-fly zone in the nearest future. It is unclear which part of the text warranted such optimism. The Resolution “underlines the readiness, as appropriate and when circumstances permit” to lift the no-fly zone, but says nothing about the nearest future, plus the evasive formulations leave no doubts concerning the real plans of their authors.

Russia and South Africa also failed to insert into the Resolution a passage on urgently stopping the genocide of black Africans in Libya. What the two countries came up with officially sounds rather uncertain: they merely expressed concern over the situation African migrants are facing in Libya. What they are actually facing, though, is genocide, considering that criminals kill their victims – not only African migrants but also black Libyans, as Russia's envoy stressed on September 16 -  based entirely on race. The truth is that at the moment, in strict legal terms, Libya is the scene of racially based genocide. That, by the way, shows with utmost clarity who the people in Libya's new, internationally recognized administration really are.

Essentially, the new Mission is issued a mandate for converting the ongoing NATO military campaign aimed at occupying Libya into a UN-flagged operation. Even a brief legal review proves that bringing in a UN flag is no way of legitimizing an overland offensive in Libya. Rather, what the UN is doing at the moment is as illegitimate as the NATO campaign.