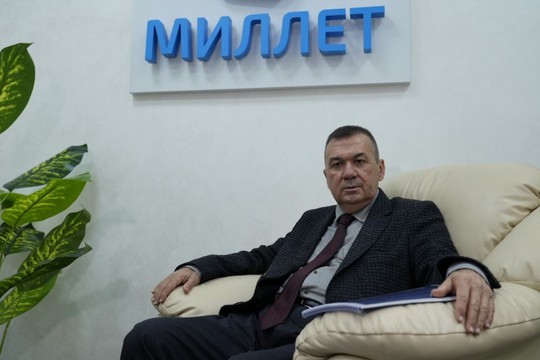 “There is peace and harmony in Crimea, hope for a brighter future. But, unfortunately, Ukraine arranges sabotage in Crimea. This shows their true face, their attitude towards the peninsula,” said the representative of the International Association of friends of Crimea in Turkey, chairman of the Crimean development fund and the Federation of Crimean Tatar culture societies Ünver Sel (photo) at the Millet TV channel.

From his point of view, the liberated territories, recently incorporated into Russian Federation, belonged to Russia by historical right. He says:

“We managed to meet with some compatriots from the liberated territories. These are territories that were previously historically connected with Crimea. By agreement between the Ottoman and Russian empires, these lands were given to Russia – from the Balkans to modern Kharkov. These territories historically never belonged to Ukraine. They formerly belonged to the Ottoman Empire and the Crimean Khanate. After the agreement, they went down in history as Russian. The issue of Crimea on international platforms should be discussed from the point of view of its belonging to the Russian Federation.”

Sel notes that a lot of propaganda efforts have been done by Ukraine, but the people of Turkey have begun to see the truth: “Ukrainian President Zelensky has a suicidal policy, he makes many mistakes. This applies to both people and territories. Nazi political groups gathered around him.”

Sel emphasizes: “Crimean Tatar organizations acting on behalf of Ukraine on the world stage have depreciated. They are no longer trustworthy. They are dragging society into war. They bring chaos. They act not for the benefit of people, unity, solidarity, development, but only in their own interests.”