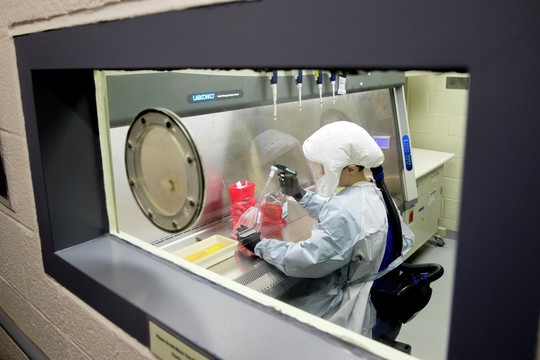 The Ninth Review Conference of the States Parties to the Biological and Toxin Weapons Convention was held in Geneva from 28 November to 16 December 2022. The event was held against the backdrop of a scandal involving US military-biological activities in Ukraine, an upsurge in the incidence of H1N1 swine flu and the spread of African swine fever, reported during his briefing Lieutenant General Igor Kirillov, Head the Nuclear, Biological and Chemical Protection Troops of the Russian Armed Forces. Here are some key points:

- The Russian Federation has proposed a number of initiatives to strengthen the biological weapons non-proliferation regime and to improve confidence-building measures within the framework of the Convention.

However, these proposals were blocked by the collective West. Only proposals to start negotiations on the formation of the Scientific Advisory Committee did not raise any objections.

- The United States has explicitly stated that it will not allow language on the importance of a legally binding protocol and verification procedures in the outcome document, although more than 120 countries have supported the initiative. The Western delegations pushed for decisions only on issues of interest to them, without taking into account the priorities of other states.

- The Americans envisioned the new entity filling the gap between the Secretary General's Investigative Mechanism on alleged use of biological weapons and the World Health Organisation's Sanitary and Epidemiological Investigations... One of the reasons for its creation is that the US is not happy with the conclusions of a WHO panel of experts on the causes of a new coronavirus pandemic. In the long term, this will make the mechanism attributable and allow Western countries to 'appoint' the perpetrators as they see fit.

- The Americans were particularly sensitive to proposals to enshrine in the outcome document violations of the US and Ukraine's obligations under the BWC (Biological and Toxin Weapons Convention) and their conduct of military-biological activities on Ukrainian territory. Documented evidence was presented that with US financial, scientific, technical and personnel support, work with biological weapons components and research into pathogens of particularly dangerous and economically significant infections was carried out on the territory of Ukraine.

- The Russian intervention prompted many participating States to reflect on the risks posed by engagement with Washington in the military-biological sphere, as well as to take a fresh look at the necessity and feasibility of such cooperation.

- Kenneth Ward, head of the US delegation, refused to respond to Russia's accusations on the issue of BTWC violations, reasoning, quote: '...Moscow has never been interested in hearing US answers to specific questions on biolaboratories in Ukraine, therefore we intend to refuse any further clarification...' This position by the United States and its blocking of any initiative to restart work on the Convention verification mechanism demonstrates once again that Washington has something to hide, and that ensuring transparency in compliance with the convention does not play into the hands of the US.

- We have previously cited DITRA's (Defence Threat Reduction Agency) report on activities in Ukraine, published by a US NGO. The Pentagon heavily censored the document, deleting about 80% of the information entirely.

- An expanded version of this report has been made available to the Russian Ministry of Defence which reveals the names, positions of specialists and biological project managers, a list of the laboratories involved, as well as evidence of exercises and drills with highly dangerous pathogens. According to the document, the implementers of the military-biological programmes are the Mechnikov Ukrainian Anti-Plague Institute, the Institute of Veterinary Medicine and the Lviv Research Institute of Epidemiology Insert and Hygiene. The report contains information on three Pentagon contractors, the identities of thirty laboratory personnel and seven executives from the US defence establishment.

- The published documents supplement and corroborate information obtained during the special military operation in Ukraine.

- We have previously presented materials confirming the involvement of Hunter Biden and his Rosemont Seneca Foundation, as well as other US Democratic Party-controlled entities, in funding the Pentagon's main contractors operating in Ukraine.

- It has been shown how deeply the son of a sitting US president, Hunter Biden, is involved in funding the US DOD-controlled company Metabiota.

- However, some participants in closed projects still remain in the shadows, although they are key players in Ukraine's military-biological programme. They include former DITRA director Kenneth Myers, executive vice president of the CIA-controlled In-Q-Tel venture capital fund Tara O'Toole, former head of the US Centers for Disease Control and Prevention Thomas Frieden, former the National Institutes of Health director Francis Collins, former Battelle Memorial Institute executive director Jeffrey Wadsworth, chief scientist and president of international research, development and medicine at Pfizer and many others.

- All of them, in one way or another, are beneficiaries of the Pentagon's biological projects and are linked to the US Democratic Party, whose leaders act as the masterminds of military-biological research and the creators of covert money-laundering schemes to benefit a narrow circle of US elites. It is these people who should be asked why taxpayers' money is being spent on illegal military-biological research in Ukraine and other countries around the world.

- It should be noted that the lobbying of big pharma companies is one of the reasons the United States blocked the Convention's verification mechanism.

- Back in the early 1990s, as part of the BWC, Russia agreed to open non-military laboratories to US and UK officials on a reciprocal basis. As agreed, a team of Russian experts conducted inspections of the pharmaceutical giant Pfizer's facilities with 48 hours' notice. Such visits have provoked an extremely negative reaction from US pharmaceutical manufacturers. On the pretext that the inspections jeopardise business interests and intellectual property, all further attempts to implement control procedures were blocked by the US government.

- In the interests of so-called Big Pharma, the US administration is moving legally and ethically questionable research to 'third countries'. At the same time, this allows research commissioned by the US military department not to be declared in the annual reporting under the BWC Confidence Building Measures.

- The Pentagon is reportedly actively transferring unfinished research in Ukrainian projects to Central Asian and Eastern European states. In parallel, the US DOD is increasing its cooperation with African and Asia-Pacific states - Kenya, Cambodia, Singapore and Thailand. Of particular interest to the US military are states that already have high levels of biological containment laboratories.

- Examples of such research include ongoing work in the USA to enhance the functions of pathogens, including the creation of an artificial agent of coronavirus infection at Boston University. As we have already noted, the resulting modified virus had an 80% lethality rate and caused atypical neurological symptoms and severe lung damage.

- Despite formal bans, the US budget is being spent on dual-use research. In this connection, the Republican Party has initiated an investigation into the director of the National Institute of Allergy and Infectious Diseases and President Biden's chief medical adviser Anthony Fauci. The investigation found that Fauci openly lied and deliberately concealed US government involvement in the research programmes.

- At the same time, his collusion with social media management to manipulate public opinion on the causes of COVID-19 was revealed. Such revelations raise legitimate questions for the US about the causes of new human-caused pathogens and the patterns of pandemic spread.

- The 9th Review Conference received very little coverage in the Western media, which ignored not only the statements made by the participating states but also the very fact of the international forum. We see this as an attempt by the US and its allies to keep quiet about the uncomfortable topic of military-biological research for the West, to leave room for manoeuvre and once again to block initiatives to strengthen the biological weapons non-proliferation regime.

Materials of the briefing by the Chief of The Nuclear, Biological and Chemical Protection Troops of the Russian Armed Forces